A Life With God 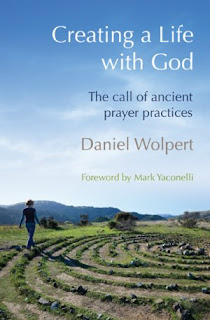 I went to a BRF quiet day on Tuesday, run by Daniel Wolpert, entitled Creating a Life With God, looking at contemplative practice. Being a BRF quiet day it was, of course, in beautiful surroundings, in this case the Carmelite Priory at Boars Hill near Oxford.

The day was divided into three sections. Each section began with a bit of theory from Daniel Wolpert, then a suggested exercise to put theory into practice, followed by time to go into the grounds and/or the small chapel to spend time in quiet.

The first section was an overview where he suggested that an important part of a young child's development is separating off their own identity by filtering out most of the sensory information which comes in and by strictly evaluating everything which does come in into good/bad, harmful/helpful.

There's a famous example of filtering in the following video, although it doesn't work so well when you know what it's about. Play the video in full-screen (if you can) and follow the instructions:


The trouble with all this filtering and evaluation is that it means that as adults we miss the vast majority of what goes on around us, including, often, what God is doing in and near our lives. So it can be helpful to practice opening up our 'awareness muscles'. The more we practice being aware of our surroundings, in a non-evaluating, non-judgemental way, the better we get; in particular the more control we get.

Our first exercise was simply to go out and be aware of what is around us, at the same time as pondering a question. He gave us three options for the question: "Whatever you want" is always his first option, "What has brought you here?" was his second, uncovering the many layers behind that seemingly simple question, and "What parable are you hearing in your life?"

That last one came with a clarification of the difference between a fable and a parable. A fable, such as "how the leopard got its spots", is a story which gives an answer to a question, closing it down, whilst a parable, such as the good Samaritan, opens up more questions (maybe this is one reason why so few retellings of Jesus' parables seem to work well).

So the "What parable are you hearing in your life" option was about opening up the questions we are living.

The idea was to set off with our chosen question in mind, whilst being open to all that is around us, and to all the thoughts which drift into our heads. Without judging or evaluating these we simply note them and gently bring our thoughts back to the chosen question.

Having arrived fairly frazzled I didn't achieve great wisdom in this, but that was fine. I did rather wonder why I am so much against stinging nettles. For me the whole day was very much about each session building on what had gone on before.

He suggested we try focussing on a variation of the 'Jesus Prayer': "Jesus Christ, Son of God, have mercy on me," which he linked to the story of blind Bartimeus, who called out to Jesus and kept on calling even when they told him to be quiet. When Jesus heard him he called Bartimeus over and said "What do you want me to do for you?"

Apparently the Jesus prayer is really good if you are lying awake at night unable to sleep, and when you are walking. I certainly found it worked well with walking at a slow pace through the grounds, saying the prayer with a nice steady rhythm. I found that the rhythm of the words gave space for awareness and thoughts, but chopped up any 'blocking' trains of thought to bring the focus back to Bartimeus' words ... and Jesus' question.

The final session was 'Sacred Reading: praying with Scripture'. In this case we did what is (apparently) a variation on the ancient practice of Lectio Divina:

We did this on Jesus' parable of the sower, which ends with the disciples asking Jesus why he speaks in parables.

I spent time walking, open to the surroundings, saying the Jesus prayer and pondering the parable, especially that final question. Jesus frequently taught in parables; as an occasional preacher I usually work at unpacking Scripture: opening up context and connections, establishing its meaning then and application now. Why don't I teach in parables?

After we had shared our experiences Wolpert left us with a final thought: Scripture can be compared to a stained glass window. In the dark that window is nothing special, but shine sunlight through it and it wakes to life and beauty. Similarly the Bible on its own is not that special, but shine the light of God's Spirit through it and it transforms to a lifegiving gift from God.

I ended the day far less frazzled than I arrived, and with several ideas to ponder. It was well worth taking time out from work to go.

Posted by BlackPhi at 15:50 No comments: 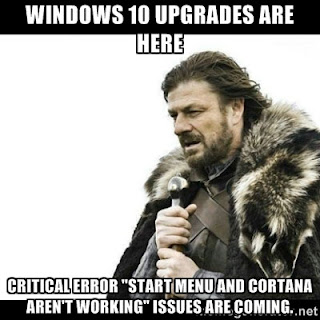 Somehow I get the feeling this problem is going to run and run, so I'll add extra fixes as I find them. If you have found a different fix for this which worked for you, please add it as a comment so that others can learn from your experience.
Posted by BlackPhi at 11:58 No comments:

Caversham Baptist Church have just started a sermon series looking at 'questions people ask'. I'm all in favour of that: I think questions are really important, not just for their answers but for the underlying attitude.

They have started with an interesting one too, with follow-up at their housegroups. I don't remember the exact wording of the latter, but it was along the lines of "How would you answer someone who thinks it is arrogant to claim that Jesus is the only way to God?"

Good question, and a tricky one to deal with from a church background.

I'll just throw a couple of quotes from John's telling of the Gospel into the pot, so you can see where church people are coming from:


Jesus said to them, ‘Very truly, I tell you, I am the gate for the sheep. All who came before me are thieves and bandits; but the sheep did not listen to them. I am the gate. Whoever enters by me will be saved, and will come in and go out and find pasture. The thief comes only to steal and kill and destroy. I came that they may have life, and have it abundantly. (John 10:7-10)

There's quite a lot of context around these quotes which maybe muddies the waters a little, but it is easy enough, I think, to see why those who believe in the Bible consider Jesus to be the only way to God.

But what does that mean?

What does a non-churchgoer understand by that phrase, what does a churchgoer think it means, and - most importantly - what did Jesus actually mean by it?

I'd guess the non-churchgoer interpretation is obvious: it's a claim that "my religion's right and all the others are wrong".

I'd also guess a lot of churchgoers would, when forced to clarify what they really mean, come up with something similar. The one that used to irritate me with its obtuseness was the idea that it must be right "because the Bible says so". Our holy writings say we are right; oddly enough other religions' holy writings tend to reckon they are right. You're not going to convince someone who doesn't already believe with that, not in this day and age, I'd have thought.

Actually it's a big jump from what the Bible says to 'other religions are wrong' anyway. Both excerpts are in a purely Jewish context, other religions are not mentioned. The context of the first is about true and false teachers, true and false shepherds, and the second is part of a rather obscure passage about Jesus' death and return and the coming of the Holy Spirit, including the repeated claim "I am in the Father and the Father is in me".

Christians believe that through his birth, death and resurrection Jesus paid the price to save mankind. I think it would be difficult to look at the child abuse, violence and corruption in the world and not feel that mankind needed changing, whether you call that 'transformation' or 'rescue'. And I also think that when you look at the compassion, heroism and beauty which people can also produce one must surely feel that mankind is definitely worth saving.

The question then is how we become part of that transformation. Is it by joining a particular religion, or some other way? John 14 suggests that Jesus will come to take his people to God and John 10 talks about his 'sheep' recognising and following his voice. Again, are those people chosen according to their religion, or by whether they trust and follow the Good Shepherd when they hear his voice.

I have a personal interest in this, due to my own experience some 38 years ago, when I was an atheist. I had no religion, yet I had an experience in which, whilst I didn't hear a physical voice, I did feel a clear message that told me that I could be a part of God's people, God's family, by turning my beliefs around and following Jesus. I did and my life followed a different path. That incidentally is what 'repentance', from the Hebrew Teshuva, means.

I didn't come to the Father because of my religion, because I didn't have one. I didn't come because I believed in the Bible, I didn't. I simply came because I heard the voice calling me and I responded. Anyone can do the same, whatever your religion or your lack of religion. When the voice of God calls you, simply respond and follow where it leads. You may be surprised.
Posted by BlackPhi at 18:59 No comments: