Traditionally the Christmas season is the twelve days after Christmas, not the period of preparation beforehand - that is Advent.

Church traditions try to make Advent out to be all about seriousness and self-denial, but that is really less true to the Bible stories than the modern approach of stress and rush and pressure. Consider a newly-married couple trying to cope with advanced pregnancy, major family issues, and Roman occupiers forcing them to travel across the country to an area primed and ready to take commercial advantage of their need. Modern commercialism and exploitation in Britain are probably but a shadow of their Bethlehem predecessors.

I enjoy Christmas, its colour and its excitement, and the concern for others which always manages to break through the materialism and excess. I also struggle with it: deadlines and pressure are no good at all with CFS. By the time I get to bed on Christmas Eve (technically Christmas Morn) I am always physically and mentally wrecked, and usually in the process of succumbing to some nasty bug or other. Luckily I have a daughter who always gets into the spirit of excitement, and an immediate family who get on with one another and actually like being together.

My Christmas morning tends to be heavily structured: awake at stupid-o'clock to look at stockings, downstairs for much-needed coffee and a first round of presents, then preparing the turkey and putting it in the oven, before heading off to church, as a family, to welcome the Christ-child into the world, and finally doing the rest of the Christmas lunch. I am in no state to stress about the meal by this point, and it's only for immediate family and friends anyway so not so much pressure, so that's relatively peaceful.

I recognise that I am extremely fortunate.

Then we get to the traditional Christmas season for me: a time to rest and recover, short visits to wider family, and thoughts of Mary and Joseph, with Jesus safely arrived, forced to take a pause and to wonder.

It is only a pause, of course, there are still consequences to deal with. Somehow Mary and Joseph have to make peace with their relatives in Bethlehem, their 'family town'. Not to mention dealing with the evil fallout from Herod's tyrannical insecurity. But for now they must rest.

I will have to do something about my badly battered credit card, and there is a lot of travelling still to do. But for now I must rest. I have new music, books and an immediate family who are great; it's the season to take time out and enjoy them.

And give thanks.
Posted by BlackPhi at 11:15 No comments: 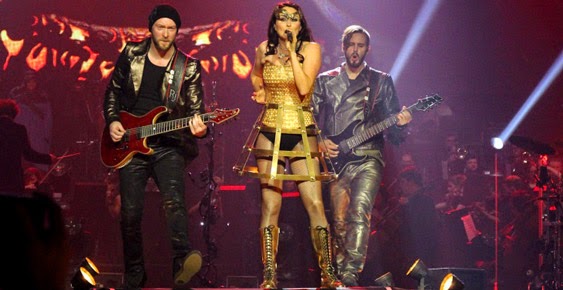 I was recently thinking about my favourite new rock bands; it struck me that out of six favourites (which one is THE favourite depending on mood and context) three are fronted by women. Of other highly-appreciated new bands a lot are FFM (female-fronted metal). Being me, I inevitably find myself wondering why - am I letting a pretty face override musical quality?

At the moment my favourite-favourite new(-ish) band is Within Temptation - I was given their Let Us Burn DVD for Christmas and I've just been watching the Elements concert. The music is fantastic, but it has to be admitted that Sharon den Adel is seriously hot. At the time of the above photo (try clicking on it) she was 38 years old and had borne three children!

Delain's Charlotte Wessels is also seriously good-looking, although in a rather different style. On the other hand, Danii Monroe from The Dirty Youth is pretty but far too young and cute for me to consider her hot.

Admittedly female-fronted metal's  female fronts do tend to be heavily (although not exclusively) inclined to corsets.

Rock music has always been about sex as well as music, of course, but I do think there is far more to female-fronted bands than that. Plus I find myself making some sort of mental distinction between 'hot' and 'sexual', which is weird when I think about it logically. Sharon den Adel in her initial Elements costume (above - doubtless highly metaphorical) looks incredibly hot, highly attractive, even sexy, but somehow, to me, not sexual. I'm strange, I know.

I enjoy the heavy end of rock, overlapping with the melodic end of metal, and hunger after creativity, expression, and a style which combines musical quality with lyrical interest. The contrast between crunching guitars and a rich soprano voice can be a wonderful experience, especially if seasoned with a light smattering of male 'growls'.

A common feature of many songs from Delain, The Dirty Youth and Within Temptation is that they tell a story, and express ideas in interesting ways. Stories about werewolves, deadly sins, or drunken nights out, told through tunes with varied musical structures, by highly talented musicians. All three also play songs of emotional intensity and rhythmic 'heaviness'. Dendera, Future Of The Left and The Virgin Marys (my other three favourites) share similar characteristics, in their varied and distinctive ways.

Of course there is also a lot of formulaic FFM around - it has become a popular musical style on the continent, and there are always those who are more interested in following a fashion than in creating something distinctive - but it remains a genre which, over the past 15 years or so, has attracted more than its fair share of original, creative and enjoyable artists. In my opinion, of course.

I hope you are having a great Christmas, and wish all who read this a happy, hopeful and adventurous new year. God bless.

Posted by BlackPhi at 12:54 No comments: 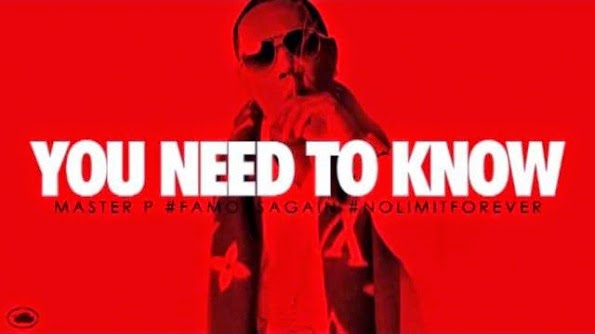 I get a lot of emails every day; I suspect many of you do too. I also get a lot of posts on my Facebook wall. The challenge is to skim past the ones I'm not particularly interested in, whilst picking up on the ones I want to look into further. The subject and the first couple of lines are key to doing that.

'The more it changes ...'. Two thousand years ago, near enough, there was more information flowing around the Roman Empire than ever before. If you were a cosmopolitan sort of person, interested in what was going on - for instance a merchant whose business depended on knowing where there might be trouble and what trade routes might be affected - then you kept an eye on all the information you could. Even then, 90% of that information would be irrelevant - not quite cat videos perhaps, but not worth spending much time on. Nevertheless, you really didn't want to miss the 10% that did matter. So the first few lines of any document were important.


The beginning of the good news about Jesus the Messiah, the Son of God.

This seems harmless to modern eyes. I am inclined to think that it is therefore a lousy translation, however literally accurate the words may be. Because to any well-informed cosmopolitan person in the 60s or 70s AD this would be dynamite. The sort of thing you need to know more about, even if you do find yourself looking over your shoulder for imperial spies.

'Good news': a much devalued phrase these days - a kind of prelude to religious brow-beating perhaps, not news and unlikely to be good. If I saw it in an email subject or Facebook post I'd probably feel I ought to read it, but with low expectations. If I weren't involved in churches already, the odds are I'd just hit the spam button, or skip the post. Back then an evangelion ('good news') might be a personal celebration - "It's a boy!" kind of thing - but by this time it was at least as likely to be political - the emperor, or one of his key generals, has just won a great victory somewhere. A royal proclamation: probably heavy on spin but, for a cosmopolitan reader, vital to know. Better read on.

'Messiah', or 'Christ': oh dear! Christos means anointed one or king. Caesar is unlikely to be happy about an evangelion saying someone else is king. Unless it is about a subject king, of course, one who recognises that Caesar is boss ('Lord'). But anyone who knows the Jewish scriptures - or has an informant who does - is likely to be aware of the story of David: anointed king long before that was a political reality, but from then on his predecessor Saul was a doomed man, his reign limited and his line at an end.

'The Son of God': oh dear, indeed! Emperor Nero had claimed that title, as had his predecessors ever since the newly dead Augustus had been proclaimed divine. Somebody else laying claim to that title was not going to go down well. Especially in the late 60s/early 70s AD.

It is a little inconvenient for us now that we don't know exactly when Mark's Gospel - from which the above political hot potato is the opening line - was written. Best estimate is between 66-70 AD. In 66 AD Nero's erratic incompetence was starting to become a serious issue in the Empire. In 68 AD he was forced to commit suicide, leading to instability and a power struggle. 69 AD was known as 'the year of the four emperors'. By 70 AD Vespasian had come out on top and was busy stabilising his position.

At any time during this period a document claiming to be a royal proclamation about an anointed king who carried imperial divinity was inevitably both highly dangerous and highly important. If you were a cosmopolitan person within the Roman Empire you had to read on. This was a subject line which couldn't be ignored.

What bothers me is that nowadays what used to be an attention-catching, if risky, opening means little or nothing to a modern cosmopolitan reader. The other three Gospel openings, similarly designed to attract the attention of their targeted readerships, are likewise pretty meaningless to a non-religious audience today.

How would one open a modern telling of Jesus' story? What would catch a modern reader's attention and encourage them to read on? Any thoughts and ideas?
Posted by BlackPhi at 08:53 No comments: