There Will Be A Judgement

An accounting for all that a person has and hasn't done. A time, I believe, when each will come face to face with the consequences of their actions, and inaction. Not just in a cerebral, abstract way, but actually feeling the joys and pains they have caused. For terrorists and child-abusers it is hard to see how this could be borne.

Churches often obsess about sexual preferences and social control, bringing the idea of 'sin' into disrepute. Yet there are actions and activities which are clearly evil and for which judgement and an accounting is all too necessary. In recent weeks such actions have been seen in Boston, London and Paris. Less seen are the shadowy figures behind the scenes who fill vulnerable young men with hatred, priming them to cause harm. Seen but often ignored are the media, and the troublemakers, who blame many for the actions of a few, creating a climate of hatred where those who are different live in fear. Evil has consequences and needs to be dealt with.

A distinctively Christian view of judgement emphasises that grace, an opportunity to change, is available to all. We all face the accounting, but we all have the opportunity to turn away from what has been wrong and turn to God, through Jesus, who can make all things right. Jesus once said that we are to be perfect, just as God is perfect. This can be seen as a threat, or an impossible demand, but it can also be seen as a promise. Good will last forever, whilst evil is to be eternally destroyed, and we can become part of the good. Or we can refuse to change and be lost forever, what the Bible calls the 'second death'.

Forgiveness is important but it is taking the opportunity for change which is key to life.

I do think it's important that if God is going to sort out the world, to remake things the way they were supposed to be, then terrorism and abuse, along with the attitudes that lie behind them, have to be dealt with. There is a great deal in this world which is beautiful and good, but there is also much that is ugly and evil. It needs sorting out ... sooner rather than later.

I am told that at one of Caversham's churches yesterday the minister used the killing of Drummer Lee Rigby as an excuse to attack all Muslims: to encourage prejudice, fear and hatred amongst that congregation. There will be a judgement.
Posted by BlackPhi at 10:39 No comments: 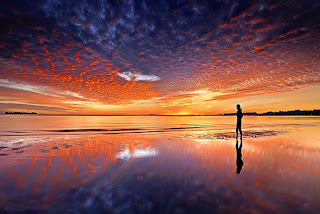 I had a long conversation with someone a few weeks ago which got me thinking (the best sort). If being a Christian isn't about going to church (which it isn't), and it's not about believing specific doctrines (ditto), and not even about 'living a good life' (whatever that means), then what does make someone a Christian?

I know a middle-aged guy who runs a church, but I see no evidence to suggest that he is in any meaningful way a Christian. I also know a younger man who hardly ever goes to church, and isn't really sure that he believes in any sort of big, 'up-there' God anyway. If I were a betting man I'd reckon that, come the resurrection, the odds are far better on seeing him on the 'new earth' than the self-importantly religious person.

Maybe that's a part of the answer: being a Christian is less about where you are now, than where you will be when the choices are made and the journey reaches its end. We're none of us where we need to be at present, which tells us that a Christian has to be willing to change, and to grow, and to travel in the right direction. Jesus called himself 'the way': you can wander all over the place but if your net direction is going his way, you are on the Christian journey; you can go straight as a die, but if that's in the opposite direction to Jesus then you are stuffed (technical theological term there). That, surely, is the lesson of Jesus' story about the Pharisee and the tax collector.

What about someone who's never heard of Jesus the Christ, could they be a Christian? Or someone who has been brought up on lies about a harsh, authoritarian Christ who condones abuse and/or wants to send everyone to hell? The Bible tells us that Jesus has opened the way to life - now and forever - and that his people will recognise his voice and follow him. If someone hears Jesus' voice and follows him, whether they know him as 'Jesus of Nazareth' or not, that is the important thing.

So why go to church? Or read the Bible? Or listen to preachers? The Christian way can be a long journey, potentially a life-long one - isn't it better to travel in company? To walk with people who cheerfully help one another, and those along the way? Isn't it more fun and more interesting if you know something about the places you travel through, as well as where you are headed, to have a guidebook and/or a knowledgeable and entertaining guide? Following Jesus isn't meant to be a grind of duties and burdens; it's meant to be life lived to the full: joys and sorrows, laughter and tears, shared and carried together, not alone.

One final thing: I don't think the Christian journey is something I could complete on my own; nor even in company with others. I need more drastic help from time to time, and am sure I will be lost without such aid at journey's end. I don't think I am alone in that.

So, in addition to being willing to change and grow, and to recognising and following (roughly) Jesus' voice along the way, I think there must be a third element to being a Christian: being willing to accept Jesus' help when we need it. I'm not sure anything else is as important as those three things to the Christian life; what do you think?
Posted by BlackPhi at 13:51 No comments: 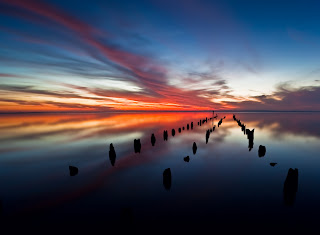 Christianity is about following Jesus,
not about believing doctrines and following rules,
certainly not about joining an organisation.

Following Jesus can start from the smallest foundation,
depending on Grace, then setting out
on an unknown journey.

Christians meet together to share that journey,
to share the burdens and celebrate the joys,
supporting and encouraging one another
along the way:

in coffee shops, in homes, in pubs,
sometimes even in church buildings,
always with Jesus.

God is changing the world,
fixing the mess;
we can be part of that,
if we so choose.

Posted by BlackPhi at 09:27 No comments: