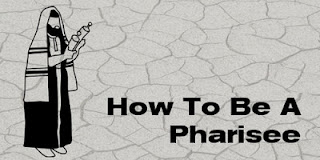 It is depressing when a church takes a stand against Jesus, against the Bible, and against common courtesy and hospitality. Yet that is exactly what Caversham Baptist Church did a couple of Sundays ago.

The Bible tells a story of Jesus going to have dinner with a guy named Simon, an important religious man. While Jesus was there a 'sinful woman' comes along and washes and anoints his feet. Simon sneers at her, and by association at Jesus. So whose side does Jesus take: the righteous Bible-believing man, in his position of strength, or the sinful woman, in her position of weakness? Jesus, of course, sides with the weaker, with the sinful, scorned woman. He does this a lot in the Gospels: sides with the bullied against the bullies, and with the scorned against the proud.

I was reminded of this story the Sunday before last, when someone plugged an anti-gay petition at the end of the morning service at Caversham Baptist Church. The petition is from a group calling itself C4M, Campaign for Marriage, and says "I support the legal definition of marriage which is the voluntary union for life of one man and one woman to the exclusion of all others. I oppose any attempt to redefine it."

It sounds fairly innocuous, except for the context that the government is currently considering whether to legalise 'gay marriage'. So this looks like a petition aimed at homosexuality; this is confirmed by looking more deeply at C4M. Their website is rather reticent about their background, but a few seconds googling shows that they are controlled by a group calling themselves 'The Christian Institute', an anti-gay pressure group.


In the UK (and around the world) homophobic hate crime is on the rise, it seems, whilst suicides as a result of homophobic bullying continue to be reported. Yet some churches still ignore this reality, and continue to condone, even encourage, such behaviour by their continued attacks on homosexuality, on gay people, and on equal rights for all, regardless of sexuality. Too many churches are standing with the bullies; Jesus, as ever, stands with the bullied. Caversham Baptist Church, amongst too many other so-called 'evangelical' churches, stands against Jesus.

It's not even as if the petition is Biblical: the Bible clearly contradicts such a restrictive definition of marriage. Actually Scripture nowhere provides a clear definition of what marriage is, although with a bit of reading between the lines one can combine part of chapter 19 of Matthew's Gospel with part of Genesis chapter 1 to deduce that in the beginning, before the Fall, the plan was that a man and a woman should be united into 'one flesh'. After the Fall, when people's 'hearts are hard', there is more flexibility and other arrangements can be recognised as 'marriage' - see the divorce rules in Deuteronomy, for example, and the sad story of Jacob, Leah and Rachel. These arrangements may not be recommended by the Bible, but they are recognised. The petition, in seeking to restrict legal recognition of marriage, goes way beyond the Bible, in a way that is directly contradicted by the Scriptures.

Finally, consider what it would have been like for a gay visitor to Caversham Baptist Church that morning. To hear songs and sermon about God's grace and care then, like a slap in the face, to hear that many (most) of the churchgoers there support gay-bashing and oppose gay people having equal rights under civil law. What sort of hospitality is that? What sort of witness?

Irrespective of what people think the Bible says about homosexuality, irrespective of their prejudices about what civil marriage is about, I find it deeply disturbing that a church body can think it appropriate to promote a petition like this, and even more disturbing that so many of the churchgoers actually signed it. It is no wonder that the church is becoming increasingly marginalised in the UK, and increasingly seen as a social club for the intolerant.

How did we come to this; how did the Pharisees win?
Posted by BlackPhi at 12:54 No comments:

Why I Think Rowan Williams Is A Good Guy

(Part of the reason anyway).


To God how did you get invented? From Lulu xo

After some thought (you can read the full story here), he sent a copy of the letter to a number of people, including the head of theology of the Anglican Communion, based at Lambeth Palace. After a while a reply came from Rowan Williams himself:

Your dad has sent on your letter and asked if I have any answers. It's a difficult one! But I think God might reply a bit like this –

Then they invented ideas about me – some of them sensible and some of them not very sensible. From time to time I sent them some hints – specially in the life of Jesus – to help them get closer to what I'm really like.

But there was nothing and nobody around before me to invent me. Rather like somebody who writes a story in a book, I started making up the story of the world and eventually invented human beings like you who could ask me awkward questions!'

And then he'd send you lots of love and sign off.

I know he doesn't usually write letters, so I have to do the best I can on his behalf.

Lots of love from me too.

The letter went down well with Lulu, we are told, especially the idea of "God's story". But best of all is Lulu's response when her dad asked her what she thought:


Well, I have very different ideas. But he has a good one.

I'm sure the archbishop would approve.
Posted by BlackPhi at 23:41 No comments:

Who We Really Are Ramble

I've never seen someone I love suffer from severe dementia, thankfully, but I'm told it is like seeing the person you know slowly disappear. I have seen someone I liked and respected fall prey to alcoholism - there is a sense in which it must be similar, as the person I know gradually disappears to be replaced by some strange, worn, ugly doppelgänger. It is a horrible and frightening experience, and one wonders what, if anything, can be done to bring that person back.

I believe in a core identity or spirit which is distinct from the personality (pneuma rather than psyche to be technical). I believe that this remains and therefore people should be treated with as much respect and dignity as possible, including addicts and victims of dementia. But relationships are primarily with the person, and that gets hard.

I heard a preacher recently talking about heaven "up there" ... saying nothing very meaningful to me. I believe in a resurrection "down here", when Jesus returns and heaven comes down to earth. When this earth is renewed, when injustice and hatred are replaced by love and justice, then we too will be raised and renewed - to be the people we really are, deep, deep down inside.

Part of who we really are lies in our deepest and truest relationships, so I expect to see those restored too. Although not necessarily as we expect: imagine someone we have only known as a quiet old grandma resurrected as a lively young flapper!

Now imagine someone you know who is self-obsessed and treats others appallingly. Maybe s/he has always been like this, or maybe they have become so because of things that have happened to them, or through bad choices they have made. Unless and until we meet them post-resurrection we have no way of knowing who they really are; although God does.

This post is turning shapeless, but I think there is something in here that I do want to say. Anyway it's a while since I did a 'ramble' post, so I'll adjust the title a little ;-)
Posted by BlackPhi at 12:00 No comments: 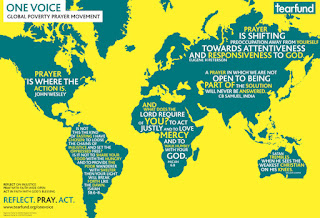 The expectation in any prayer should be that God will respond and that we will be asked to take part: sometimes by waiting trustfully, sometimes by resting in the assurance of His love, sometimes by changing our attitudes, sometimes by saying something that needs to be said, often by changing our behaviour, often by getting our hands dirty. God will be with us throughout, and together we really can change the world for the better. "Your Kingdom come" and all that.
Posted by BlackPhi at 11:50 No comments: