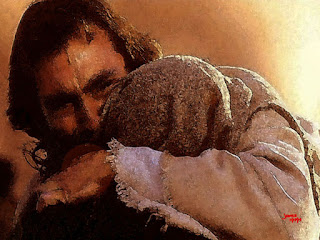 Posted by BlackPhi at 01:20 No comments:

The Two Become One Flesh 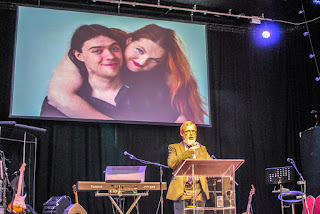 "'A man will leave his father and mother and be united to his wife, and the two will become one flesh.’ So they are no longer two, but one flesh.  Therefore what God has joined together, let no one separate.”

Posted by BlackPhi at 00:38 No comments:

Whose Is The Kingdom Of Heaven? 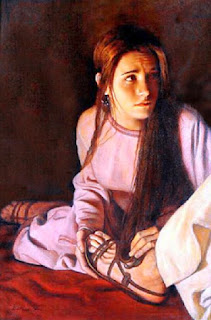 Beatitudes: long pause, life happens, church happens, let's see if I can get back on track ...


"Blessed are the poor in spirit, for theirs is the kingdom of heaven"

So, to answer the question in the title: it's the poor in spirit. Umm. One of the most important things in studying the Bible is to keep asking questions, because the easy answers will often be like this one and - at least in themselves - not really answer anything. The kingdom of heaven belongs to the poor in spirit: it's good news for them but ... who are they?

Let's start with Jesus: who was spiritually destitute in his society and to whom did he offer God's kingdom? And let's follow Jesus' example by starting from a story, the story of Simon the Pharisee:

A Pharisee invited Jesus to have dinner with him. So Jesus went to the Pharisee’s home and got ready to eat.

When a sinful woman in that town found out that Jesus was there, she bought an expensive bottle of perfume. Then she came and stood behind Jesus. She cried and started washing his feet with her tears and drying them with her hair. The woman kissed his feet and poured the perfume on them.

The Pharisee who had invited Jesus saw this and said to himself, “If this man really were a prophet, he would know what kind of woman is touching him! He would know that she is a sinner.”

Jesus said to the Pharisee, “Simon, I have something to say to you.”

“Teacher, what is it?” Simon replied.

Jesus told him, “Two people were in debt to a moneylender. One of them owed him five hundred silver coins, and the other owed him fifty. 42 Since neither of them could pay him back, the moneylender said that they didn’t have to pay him anything. Which one of them will like him more?”

Simon answered, “I suppose it would be the one who had owed more and didn’t have to pay it back.”

“You are right,” Jesus said.

He turned toward the woman and said to Simon, “Have you noticed this woman? When I came into your home, you didn’t give me any water so I could wash my feet. But she has washed my feet with her tears and dried them with her hair. You didn’t greet me with a kiss, but from the time I came in, she has not stopped kissing my feet. You didn’t even pour olive oil on my head, but she has poured expensive perfume on my feet. So I tell you that all her sins are forgiven, and that is why she has shown great love. But anyone who has been forgiven for only a little will show only a little love.”

Then Jesus said to the woman, “Your sins are forgiven.”

To be a Jew in Jesus’ day was to belong within the People of God. It was to have an identity as part of the tight-knit community, and it was to have the hope and assurance of a place in God’s Kingdom. Unless you were a ‘sinner’.

Then, despised and rejected, especially by religious leaders, you knew that the community did not want you and that God did not want you. You were lost. People like the unnamed woman on the fringes of Simon’s party, forever looking in from outside; people like Matthew the religiously unclean tax collector. Spiritually destitute, living lives without hope and without meaning.

The ancient prophet Isaiah wrote of one to be sent from God who would be despised and rejected himself, who would suffer to redeem the lost. Jesus identified with the spiritually destitute and he brought them good news. The good news that even though their community - especially its spiritually privileged elites - rejected them, God does not. They are a part of God’s Kingdom: in him is their hope, their meaning and their future. They belong. Jesus came to save the lost, the poor in spirit, not because they deserve it but because that is who Jesus is.

It is not hard to find people around our communities today who feel excluded and unwanted by at least some churches in their area, for example:-


Sometimes Jesus met with people who came to him; sometimes he took the good news to them. There is a need for those who follow Jesus today to welcome strangers who come to us. Also to go out and announce his message that God’s Kingdom already belongs to spiritually marginalised people … remembering, in due humility, that where we churchgoers might fit in is not stated.

Leonard Cohen, in his song Anthem, includes the chorus:


"Ring the bells that still can ring
Forget your perfect offering
There is a crack in everything
That's how the light gets in."

It's a great track to listen to whilst considering the strangeness of a God who chooses to show his power through his followers’ weakness.

Posted by BlackPhi at 15:42 No comments: