It's All Greek To Me 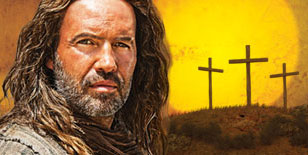 I had an interesting conversation today with a lady who seemed convinced that if she can only know the Greek original of a word in Scripture then understanding what it says is easy.

The context was the story of Jesus' crucifixion, where we had just heard a version read out which spoke of Jesus being crucified between two 'revolutionaries' rather than 'thieves', as in the King James translation, or 'robbers'/'bandits' as used in most modern versions of the story.

So which translation is 'true'?

Well, the original Greek is lestes, which my big book of words tells me means "robber, highwayman, bandit, revolutionary'. Which covers pretty much all of the modern translations. One point being that simple one-to-one translations between languages and cultures hardly ever exist.

Fortunately my book of words also gives context and background - which is why I use it.

Lestes generally refers to one who robs with violence, as opposed to a kleptes, who would typically be a thief who steals by stealth. One complication is that being a lestes doesn't necessarily imply being dishonest or illegal: a soldier was legally entitled to seize plunder whilst performing his duties, in so doing he would be a lestes.

But the big confusion comes from the rabbis of the day calling zealots 'lestes' - the zealots were violent anti-Roman (and by implication anti-collaborator) freedom fighters ... or terrorists.

Crucifixion was a deliberately horrific way of torturing a person to death, used by the Romans as a way of imposing their control over a region. It was used to 'discourage the others' on people who the Romans really didn't want anyone to emulate: especially rebels.

So, 'robbers' would be a simplistically literal rendering of the Greek word used. But at this time and in this context it is much more likely that the word meant 'rebels' or (more clumsily) 'revolutionaries'.

Why might this matter? One point is that when it comes to the Bible the question 'is this translation of the passage  true?' is the wrong question: a better question is 'does this translation help me see the truth in this Bible passage?'

Jesus was crucified between two rebels because the authorities of the day saw the things he said and did as rebellion. Even though Jesus had no army and harmed nobody they saw him as a threat against their world order, just as much as armed revolutionaries were.

When Jesus rose from the dead, ascended into heaven, and sent his Spirit to empower his followers the authorities and powers of the day carried on trying to stamp them out by force ... and carried on failing. It turned out that the power of Jesus, working in peace, was far greater and more long lasting than the violent might of the religious and secular rulers combined.

Today, some groups claiming to follow Jesus have actually turned into those religious and secular authorities, still trying to stamp out followers of the Son Of Man; whilst other groups turn to the ways of Barabbas and the other men of violence, seeking to change the world through force and terror, but just perpetuating hatred and injustice.

Yet Jesus is still here, amongst those at the bottom of the heap. Still changing the world, still setting people free, even on a Good Friday when it all looks really grim.

Posted by BlackPhi at 13:45 No comments: