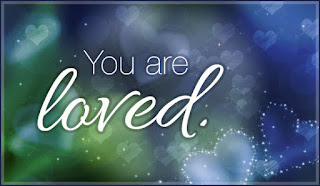 Churches can be so frustrating sometimes!

It's a month since the EU Referendum result, when a truly horrible campaign from leaders of both sides led to a situation characterised by anger, despair and terrible division. Churches in this part of the world have talked internally about prayer and reconciliation over this period, but bog-all is visible externally.

Some of that, of course, is down to uncertainty about what can be done on a corporate level. Individually, being nice to foreigners and buying The Big Issue seem to be the order of the day, and the need for reconciliation has turned up in a sermon or two (most fervently in one case where the preacher had witnessed a racist attack in the middle of Reading the previous day). But that seems to be about the lot, in spite of the Bishop of Reading putting out a call for churches to get involved.

I'm not good at grand ideas, even less good at organising people, but surely we could start by doing something as simple and visible as telling people they are loved (even that idea I nicked from the Big Issue).

This is a core belief within Christianity: "God is love", "For God so loved the world", and so on. And the churches in CTM Parish were already being challenged by the PMC team to do something more positive with our noticeboards. It's not brain surgery.

I thought we had agreement to do some sort of poster a couple or three weeks back. So when I drove past St John's a few days ago I deliberately looked at the noticeboard to see what it said. "Thieves beware!" was all I could read from the road. :(

I need to check I am not treading on anyone's toes, that there is nothing already underway, but it looks as though I'll just have to put something up myself. This is my default approach, if I'm honest, and I've deliberately spent the past month trying to do things a better way: to get others involved; to cooperate, coordinate and consult; to seek better ideas and better ways of implementing them. Hmm.

I started this post intending to come from a completely different angle, actually, prompted by this post from HTB which makes the disappointing assumption that all parents feel instant and overwhelming love for their children and, more seriously, that all children are loved by their parents. It seems to me that maybe amongst those who most need to know that they are loved are precisely those who have least prior knowledge of their parents' love.

One role for the church is to show what love looks and feels like in practice, so people can have a starting point for recognising the love of God, whatever their background may be.

The referendum exposed deep divisions and insecurities in our communities. But these were already there, really. People need to know that they are loved, then that love can overflow to their neighbours. As I said before, it's not brain surgery - but it does seem remarkably difficult to do anything about in practice.

Fortunately I do believe in a God of miracles (as well as love)!

It turns out that the poster was actually underway. A week or so back it turned up on our noticeboard, which now looks like this: 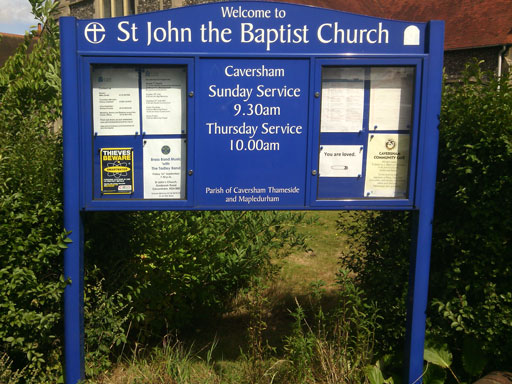 The person who did the posters is a gifted graphic artist, so I can only assume the brief he was given was somewhat ... unassuming.
Posted by BlackPhi at 13:55 1 comment: