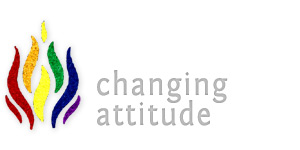 Tomorrow the General Synod of the Church of England looks at the Bishops' report on Marriage and Same Sex Relationships after the Shared Conversations (pdf file). This is a 'take note' debate, so no decisions will be made, but it should be an opportunity for the bishops to get feedback on whether they are on the right track.

I read the report myself yesterday and was somewhat shocked.

The report starts fairly constructively, summarising the bishops' position as being that they don't feel they can change the traditional Anglican definition of marriage as being a lifelong union of "of one man with one woman ... for the procreation and nurture of children ...", but emphasising the need for a change in the way LGBT people are treated: "establishing across the Church of England a fresh tone and culture of welcome and support for lesbian and gay people".

The CofE pattern of worship is strongly based around liturgical worship, so what will be done liturgically to "welcome and support lesbian and gay people"? CofE ministers are only allowed to use liturgies which are specifically authorised by the bishops; the paper goes on to say that these will not be changed: hence there will be no new liturgical provision for LGBT people.

Meanwhile, LGBT priests are told that they may not marry their same-sex partners (that appears to be a sackable offence) and, if they live with them, they may not engage in sexual relations. Full stop.

Part way through the report the writing style changes - as though Dr Jekyll has been replaced by Mr Hyde - and the underlying attitude, with its implicit Catch-22, comes out.

The logic is this:

Hence any change in tone is not going to be supported by the bishops, whatever the introduction to their report might say.

Almost two thousand years ago the young Christian church started getting converts, in some geographical areas, whose lifestyles did not fit in with the traditional understandings of Scripture. Conservative churchgoers started agitating for these converts to be pressured into conforming. Some early church leaders appear to have gone along with them, probably in order to preserve unity across the fledgling church.

The apostle Paul, who was deeply involved in missionary work amongst those whose lifestyles were seen as different, got really angry about this. We know from Paul's writing that he cared deeply about church unity, but when it came to treating some Christians as second-class followers of Jesus he was implacably opposed. Hence his letter to the church in Galatia, and hence his push for a big meeting, known subsequently as the Council of Jerusalem (see Acts 15). The Council of Jerusalem agreed with Paul and thereafter, in theory at least, all Christians are to be treated as equals, there is no division based on external characteristics nor on legalism:

"So in Christ Jesus you are all children of God through faith, for all of you who were baptised into Christ have clothed yourselves with Christ.  There is neither Jew nor Gentile, neither slave nor free, nor is there male and female, for you are all one in Christ Jesus."

For Paul the central question was whether someone had received the Spirit of Christ: if they had then they were unambiguously part of the church, Jesus' body, if not they were not.

So, in my simple-minded way, I think the solution to the bishops' problem is clear. Find a fair selection of LGBT churchgoers who are living faithfully with long-term same-sex partners and speak with those who know them: do their lives and their relationships with those around them, as individuals and as a couple, reflect the Spirit of Jesus or not.

If no such Spirit-living couples can be found, the issue is solved.

But if there are a significant number of LGBT people whose lives do reflect the Spirit of Jesus then this is a clear Galatians issue. The bishops who produced this report are unambiguously just as opposed to the will of God as were those early pharisaic churchgoers. And the traditional understandings of Scripture need to be revisited with this in mind - just as Paul had to revisit  and reinterpret traditional understandings in his letter to the Galatians.

Meanwhile those bishops should reflect on how they have sold out to the god of this world and turn back to God in repentance.

Posted by BlackPhi at 11:46 No comments: