Forty or so years back I was a skinny teenager. I then spent several decades gaining roughly a pound and a half a year - barely worth mentioning, yes? - and still felt like a skinny ... non-teenager.

Body image unreality is most commonly associated with teenage girls, but a quick bit of mental arithmetic will demonstrate that I really wasn't skinny at age 54. At 13st 2lb my BMI was a little under 28: a good halfway up the overweight part of the scale. I wrote back then about the mismatch and my decision that I needed to do something about it.

I probably finally reached my '6 month target' (a stone lost ... three years behind schedule) late last year, but not for long enough to be convincing and I've bounced back a bit since. The trouble is that a year back I had a scan, for another reason, which found fatty changes to my liver, and the follow-up reckoned my cholesterol was borderline. Cue another push to get those final few pounds off to stabilise at or just under 12 stone.

It turns out that the strategies which lost the first half stone - basically a bit less food and a bit more exercise - don't work so well with the next half. Not that surprising really. It also turns out that feeling a bit hungry most days - but never a lot hungry, which just leads to trouble - is important to carrying on with weight loss once the early gains have consolidated. Which is a pity as I had started ramping up the 'have a good breakfast' route.

In terms of realigning my body image with reality, one helpful comment from the practice nurse described the pad of fat on my belly as a separate organ. At the proper size it performs a useful job, but as it expands it puts the body out of balance and gives grief to the liver, in particular. I'm finding I can see what my waistline is doing more realistically now, and there is a clear relationship between what I can see my belly doing and what the scales say.

Which is probably totally obvious to many of you, of course abdomen fat deposits and weight are related! But that's the thing about wonky body image: what you see in the mirror doesn't truly reflect what is actually going on.

So, what am I trying to say? I've not put 'rambling' in the title, so I should be trying to go somewhere.

What I'm not saying is that viewing the stomach as a separate organ would help anybody else but me - that could go horribly pear-shaped. You still have to get the balance bit right: it's a useful organ, in moderation.

I think part of what I'm trying to say is something obvious along the lines that teenage girls and middle-aged men are not two different creatures, totally alien to one another. To paraphrase Paul, writing to churchgoers in Galatia:

It's not that the experience of a bulemic teenager is really anything like that of a man with middle-aged spread, it clearly isn't. But we are all human beings with all the beauty and brokenness which goes with that; we all have minds which can trick or inspire us and, most of all, we are all loved by God for who we are, not for how we look.

But there's another Galatians quote which I think is relevant:


For freedom Christ has set us free. Stand firm, therefore, and do not submit again to the yoke of slavery.

We are free to look at ourselves however we like: if in five years time I've lost five stone and still feel like that belly fat organ is too big it won't stop God loving me. Nevertheless it won't be the truth and it won't help me live how I want to live. I kind of reckon that matters.

We have been set free, so how do we stay free? If someone offers me crack cocaine I am free to accept or decline. Once I've accepted a few times, I have lost my freedom. My own free choices can either enhance my freedom or restrict it. Using freedom to enhance freedom is surely better.

If you have an eating disorder, whatever your age, please don't depend on the health advice of some random blogger from the Internet (like me). Get proper professional help and support.

If you can, and I know not all families are the same, try to have a good series of conversations with family and friends to get their support.

Oddly enough, a lot of church communities are actually quite good at helping people with real problems like this (although some, sadly, are not). So consider getting involved.

The NHS has a decent page on anorexia here, and the Beat page is here.

Grace, peace and truth for your week ahead, and enjoy God's love in Lent.
Posted by BlackPhi at 12:19 No comments:

What Feeds The Spirit? 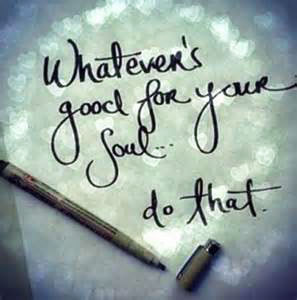 I've been feeling wiped these past couple of weeks - hence the lack of posts - and I was given some very wise advice: to seek out the things which energise me, which feed my spirit.

I was reminded of that today when blogger John Pavlovitz posted an article, For Those Of Us Needing A Detox From Religion, talking about how draining church involvement can be, and basically saying it is okay to take a break.


Over time you can gradually develop a soul sickness and be completely unaware of it, until one day you turn around and faith just feels… toxic. The reasons aren’t necessarily clear, but you realize that the spiritual pursuits that once gave you life now seem empty and burdensome. ...

If you believe you need a detox from religion my friend, take it. If you’re wrong you’ll be able to course correct without fear. This is the very essence of Grace.

Pavlovitz is writing into a very different context from here in sunny Caversham (just at the moment it really is sunny!), but I think that before withdrawing from church life it might be an idea to try just rebalancing that life.

In Caversham, at least, churches will try to take all your time and energy: there is always more 'needs' to be done and there are never enough people to do it. So maybe the first step is to take responsibility for our own time and effort: stick to things where we add most value. It's a bit like a budget, but of time and energy ... and just like a budget, leave some slack for the unexpected. And for the occasional treat!

But it's not just about things being important. In many/most churches it is seen as good to read your Bible and spend time with God working through what it is saying to you and those around you today. It is also good to spend time with those who are unwell and need a friendly word. And it is good to be willing to share your experience of faith with those who are not churchgoers.

All of these things matter and all are well worth doing. But is there one of them which really gets you out of bed in the morning, which really gives your soul a buzz? It may be hard work, sometimes sad or discouraging, but still it's what gives you a sense of purpose, achievement or meaning: a sense that "this is what the Kingdom's about!".

The examples I gave above are churchy ones, but it doesn't have to be so. Playing with your kids, walking in the wild places, going to the cinema with your spouse, solving the problems of the world with a few good friends over a couple of beers. God is present in all of these, whether you see him or not.

There are real benefits to following Jesus in company, so dropping out may make things harder rather than easier. This is not to say it should never be done, just don't do so lightly.

But much more than that, however you feel about churches and church life - even if you would never dream of darkening the door of any religious building - do remember to feed your soul. It'll thank you for it.

Posted by BlackPhi at 16:03 No comments: