I'm not a great fan of funerals at the best of times, but two in five days is clearly excessive. Especially when both were more-or-less my contemporaries, both died suddenly, and one had been a friend since college days, some thirty-five years ago.

I generally try to wear something green to funerals, in amongst all the dreary black, because I do believe in all the "unless a seed is planted" stuff about resurrection. But in the meantime there is separation, and a breaking of immediate ties. Ties of family and friendship and responsibility. There is a hope that all will meet again come the resurrection, but for now there is an absence and a space unfilled.

Although, when I think about it, both these friends died after their kids had grown up, not before. One - many years ago, whilst his kids were young - had suffered from a brain tumour, which was expected to be fatal but unexpectedly responded to treatment/prayer. The other spent many years wandering around the globe, so for him absence has not been unusual. He had been settled back in the UK for a while before he died, though, so there was some time to spend (the photo above is from last summer). Life is a gift, length of life can be a gift, but often we want more.

Of the two friends with funerals, one, George, was a committed churchgoer - he was actually my house-group leader when I first went to Caversham Baptist Church some 18 years ago - the other, Howard was not. Often that makes a difference to the feel of the funeral, to how well it reflects the person being mourned/celebrated. In this case it was a bit different.

The minister taking George's funeral did a decent enough job, but was perhaps too close, took it too personally. The result failed to reflect the breadth and variety of George's life and the people he had been involved with - and had come to the funeral - on the one hand, and didn't really reflect much hope on the other.

Although Howard wasn't a churchgoer, it turned out the minister there, 'oop north' in Runcorn Old Town, had actually met him a couple of times. He also remembered his sister dying six years ago. Their Mum is still alive and he made the link between the horribleness for a parent of seeing their child die and the experience of Mary in the Bible. A difficult link to carry off without being naff or unkind, I thought, but he handled it well. The family gave two 'tributes' before the minister spoke - as happened for George's funeral - and he let them handle the more personal stuff, whilst he focussed on pain, hope and resurrection. I thought he did an amazing job, myself.

So I guess funerals do have their place: a time to say farewell, a chance to get together to share memories, an opportunity to pay one's respects, a reminder of the Christian hope that we will meet again. I still don't like them, but I am glad I went ... to both, but especially to Howard's in far-off Runcorn.
Posted by BlackPhi at 16:42 No comments: 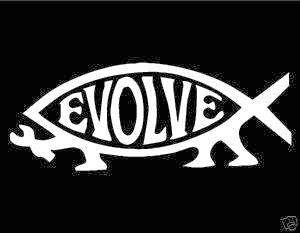 At heart I am a scientist, by inclination and by training. I think science is wonderful – literally full of wonder: look at snowflakes, or rainbows, or the Milky Way, or Einstein’s Special Theory of Relativity, or wave-particle duality. It’s an amazing world we live in, yet science remains earthed by its insistence that anything real must have a perceptible impact on the world.

And I am a Christian, by conviction, conversion, commitment – a follower of Jesus and a believer in God. I reckon God is wonderful: look at snowflakes, rainbows, the Milky Way, or at the Christmas story, or the idea of the Trinity. God is amazing, yet faith in Him is earthed in that real faith always makes a positive difference in the world.

The old story is doing the rounds again that science contradicts faith, or disproves it somehow. It’s nonsense: there are plenty of us around, scientist believers, and for us, far from science and faith being contradictory, they complement one another. A purely material scientific view of the world can be fascinating but it’s incomplete, flat. Likewise a purely religious view can also be fascinating, but incomplete and flat. It’s when you bring the two together that you get a rounded, living picture of the amazing world we live in. 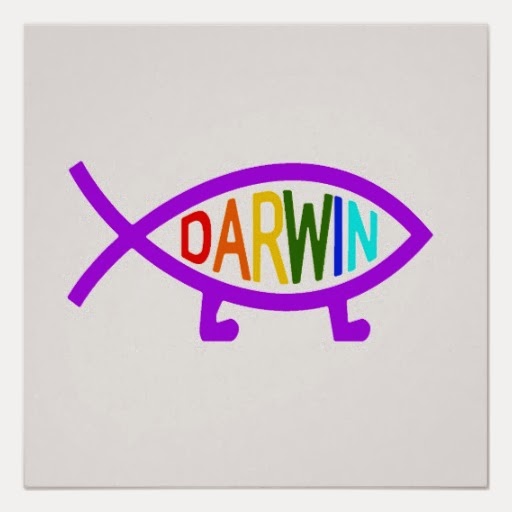 I do like the top picture above, showing an engineer 'fish' tinkering with its own evolution. That essentially is how evolution works, and it is marvellous. Whether you think that's just the way the universe is, or whether you think it's the way an amazingly creative God made it, it is still wonderful. I guess the main difference is whether it is personal - and whether it is purposeful - or not.

But I also like the rainbow 'Darwin fish' further down. I don't believe in a black and white world, not even with added shades of grey. To me this is a world filled with colour: I step out in Caversham and I see an infinite number of shades of green, not to mention all the other colours of the rainbow. It's not just a wonderful world, it's an incredibly diverse and beautiful world, for all its problems.

I hope that every one of you can see and feel the wonder and beauty of our world: believer in a creator God, or not; scientist, or not. May the grace and beauty of it all be a blessing to you wherever you go and whatever you do throughout the week.
Posted by BlackPhi at 11:53 No comments:

A Short History Of (My) Blogging

Two posts in the last six months - not really the way to build a blog.

I was looking back recently at some of my earliest blog posts from Christmas 2005. Back then the plan was to post weekly, at least, and to link topics of general interest across to questions of faith. Easy for Christmas, of course, but there were also posts about films and music - I even had a post (written by someone else) about a Coronation Street storyline. Back then I was website editor for a church website, and the hope was that such a blog - running in parallel with the church magazine - would attract visitors and interest from a wider range of people than simply those searching for "baptist church in Caversham". Which it did.

Unfortunately, what it didn't attract was posts from other church members - the one linked above was the only one I got. Also, we lost the church magazine: mostly because the new pastor - although, IMO, definitely a good guy - tended to preach very legalistically and obsess about sex, which drove away our magazine editor. So when said pastor - who was also very pro-Israeli - tried to censor the blog for not being sufficiently pro-Israel (the offending article is here), I decided I was getting nowhere and resigned as website editor, so the blog became standalone. You can see my thoughts at the time in the series of three posts from here.

So "Webitorial Ramblings" became "BlackPhi's Website Ramblings", and the posts carried on - still more than weekly, and still based around news, culture, and Caversham life, plus a bit of what was going on in church. A month or two later, a great guy named Jonathan Jones kindly invited me over to Blog City, which (back then) was a blogging community - with interaction and feedback, and real live comments! So I started blogging there in parallel, see here for my first Blog-City post, complete with kindly words from JJ.

Both blogs seemed to have their own readership, and transferring posts between them helped with proof-reading, so I ran them in parallel for more than two years - I can't easily count the number of posts in that time, but I'm sure it was comfortably over weekly. One of the final few posts on my standalone blog was one I found amusing about the dangers of DHMO - a widely used industrial chemical which is reported to cause over 400 deaths a year in the UK alone. Late in 2008 we moved house, and I retired the PC I had been using as a web server, so I decided it was time to retire the standalone blog also.

Blog City continued; during 2009 posts thinned out a bit but remained not too far off the weekly post average (although much more erratic in distribution, eg 7 posts in Sept 2009, 2 in October). Looking back there seem to be a lot of music-themed posts in this period, eg here and here. Posts picked up during 2010, although the feel of them seems heavier to me now, having just reread the earlier 2005/6 ones. Maybe I was just older and wearier, or maybe there wasn't so much to say. Certainly Caversham Baptist Church was becoming more of a drag and a drain, which can't have helped. There were great people there, but as a church it was (IMHO of course) losing the plot.

Then Blog City closed down. We had plenty of notice, but it was still really sad - like an established neighbourhood being demolished. I started up a new blog here on BlogSpot, but it really isn't the same: if there is a BlogSpot community I still haven't managed to tap into it. The first post got several comments, but only from BC friends, otherwise it seems to be only techie posts that get much response here, most notably one on Trusteer Rapport problems.

Posts dropped to fortnightly on average in 2011, slightly better in 2012, then less than monthly in 2013. Post lengths have crept up, and content seems to me to be getting more religious. At the end of 2012 I left Caversham Baptist Church - a painful decision but necessary, I felt. Maybe post frequency has dropped off because I'm not so angry? Or, more likely, because the final few years at CBC left me feeling very jaded and disillusioned - it's one thing to hear about churches which turn away from God, quite another to be in the middle of that. It's especially bewildering to see that the individuals involved remain Godly, whilst the 'church' community loses its direction, and stops following Jesus.

So here I am in 2014, with another post which is too long. I think it's time for another rethink, before I give up on the blog. Maybe it's time to reverse direction: the old theory was to start from the news, culture, Caversham life and seek Jesus there; maybe it is time to try working from the inside out, to start from religion and see if I can find some way to relate that to the real world. It'll certainly be a challenge!