"Christ is risen",
yet the madness continues.
Daily news, daily blues:
violence and hatred, injustice, corruption.
America sways: fascist right,
socialist left, sold-out centre;
eating its own sputtering heart.
Britain just gives it all away,
stealing from the poor to feed
the arrogance of the rich,
whilst blaming the other, the outsider, the lost.
"Christ is risen", but we don't want him here.

"Christ is risen",
in the darkness below the surface.
Despair, depression, addiction, alienation,
huddling behind overpriced houses
which ought to be homes.
Where's good news, what's a solution
as Pandora's heritage ravages lives.
"Christ is risen", does hope survive?

It was an odd feeling having been involved in the interview process, but not knowing who had been selected.

Last week CTM Parish was in the process of appointing a priest to fill the vacancy left when Jeremy Tear moved north.

I'm not quite sure where that process is officially as I write, so I'll leave our new Transitional Minister anonymous for the time being; I assume that when she is formally announced she will appear on the Parish website.

Actually, it is remarkable, I think, that the chosen candidate could easily have been someone other than my preference: not only were all four candidates strong in their different ways, but they were all very different in their style and approach.

Would I have been willing to work with someone other than my preferred choice? Of course. I may have reservations about discernment in general, but I am still inclined to trust the interview panel over one single person, even when that person is me. My judgement was that the other candidates would be less likely to make a go of achieving a change that's somewhere between miraculous and impossible, but that's no reason not to give it our best shot.

Although I would want to do so without compromising on my core beliefs about what following Jesus means, which could have caused issues. On the other hand, addressing such issues might have led to mutual growth, sometimes one has to trust God to sort such things out.

As it happens the official interview panel's discernment was the same as that of our unofficial 'stakeholder' panel. That doesn't necessarily mean we are right, but I think/hope it gives a better chance.

If it comes to that, it doesn't make the job we're asking her to do any less miraculous/impossible. But if we've got the discernment right then at least it gives God something to work with.

In the end, it's all about trusting Him.

Posted by BlackPhi at 18:37 No comments: 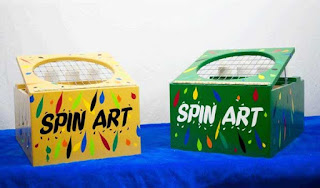 I detect a spin machine.

On Friday evening Ian Duncan Smith (aka IDS) resigned because the government's budget had made huge cuts to the money spent on the poorest in society, supposedly to 'balance the books' as part of 'austerity', yet simultaneously cut taxes paid by the wealthiest people in the country.

No sooner had the word spread about this than suddenly speculation appeared that maybe his resignation had nothing to do with benefit cuts but was instead about the EU referendum.

I wonder who planted that idea? Surely not the embarrassed government, caught with their hands in the till giving the country's wealth to their millionaire buddies?

Although IDS is known  as a euro-sceptic, his main apparent passion for the past decade or more has been social policy. In particular he has displayed a burning desire to end what he saw as welfare-dependency: the tendency of the welfare state to institutionalise poverty, simultaneously giving people just enough to live on whilst blocking their ability to improve their lot through working.

Although the welfare state has long been a bugbear of the far-right, there are also people from other traditions who have been very critical of the way it is applied in practice: tending to reinforce poverty rather than eliminating it. One high profile critic of welfare dependency has long been John Bird, co-founder of The Big Issue, from a very different background to Ian Duncan Smith.

The trouble with IDS's ideas about welfare reform, it seems to me, has been that he seems to be singularly politically inept, that either he or his department have been callously uncaring about the effects of the changes they have introduced, and that the widespread scale of the reforms he was advocating require more funding in the short term, not less.

At a time when Britain was massively in debt that was unlikely to happen; under a conservative government committed to cutting taxes it was a non-starter. So IDS was trying to bring in changes requiring more money whilst repeatedly cutting costs ("salami slicing" as he put it). No wonder he failed; no wonder government policies created such suffering.

To me it looks as though he had bought into the need to try to keep doing this, hopefully whilst wrestling with his conscience over the human cost of doing so. Then George Osborne made it completely clear that the government is only interested in cutting taxes for the rich, not in improving the lot of the poorest. I may be naive, but I think that is what finally forced IDS into resignation.

I also think this is a government of liars and hypocrites. Just my opinion, of course.
Posted by BlackPhi at 17:14 No comments:

Blast From The Past - March

What do bloggers do when their backs hurt and their brains are too empty - or too full - to come up with something new? Lots of them raid their past work, maybe looking for a new angle or application. Let's give it a go:-

I been looking back through posts from two and five years ago. I still like two-year-old ones, but I'm now not so comfortable with a post on parenting from March 2011. So guess which one follows? As ever, comments are welcome.

Nutsy made a comment on my last post which got me thinking, as Nutsy's comments are wont to do. Given the title of this post, not to mention the lyric extract from Budgie's Parents, it won't be a surprise that what I have been thinking about was parents and parenting.

I know kids who are spoiled brats, but whose parents are convinced they are 'firm but fair'. I also know kids who are downright neglected, one way or another, whose parents claim to dote on them, reckoning they would 'do anything' for their children. Presumably so long as there's not something they'd rather be doing for themselves. I've got teenage kids so I've lived through all the hassles, sacrifices and compromises that have to be made to survive parenthood. So I wonder what I'm kidding myself about?

I was fortunate in my parents: they were loving and caring, giving time and energy to raise my brother and myself as best they were able. Nevertheless I carry scars from my upbringing, and I know I'm not the only one. I am fortunate at that, many adults seem to bear open wounds, long after childhood is past.

Long ago, at prenatal classes, we were told not to worry about parenting: it comes naturally and we will find that actually we'll do it perfectly well when it comes to it. That might have been the case back in the prehistoric African savannah; here in 20th/21st Century Britain things work differently.

My take nowadays is that, as parents, we are bound to make mistakes: bound to screw up somewhere along the way. The challenge is to raise kids who are secure enough and sensible enough to grow into well-rounded adults able to make the best of the world in which they grow, in spite of - maybe even because of - those mistakes. Parents who sell the idea of themselves as perfect, never making mistakes, set their kids up to feel like they are failing in their lives, as well as their own parenting.

To raise children that way is a community effort - churches can be wonderful for that, but there are other communities - and an extended family probably helps, but in the end you need parents who are willing to accept that having children is a whole new way of life, which has to be enjoyed for itself, but requires eternal vigilance. The way you treat kids when they are young has a major impact on how they behave as they get older.

Which is one reason why I have tremendous admiration for those who adopt, or long term foster, older children. Someone else has sown the wind, they are called to lovingly reap the whirlwind!

Another group I admire are single parents. Parenting is a team game - sometimes together, sometimes in turn (like tag-wrestling) - so to have to do it alone is a tremendous challenge. Yet I know single parents who have done just that, and done it well. Maybe it helps that when you're on your own you know it's going to be difficult, you know you are going to have to make sacrifices. Sometimes, it seems, couples just don't get that.

Wrap me up and keep me warm
Hide myself far from the storm
Sleep and love will keep
my mind at rest.

Only now I realise why my
parents had to try.
Love you all and keep you all my life.

Posted by BlackPhi at 14:28 No comments:

Has The World Gone Mad Or Is It Me? 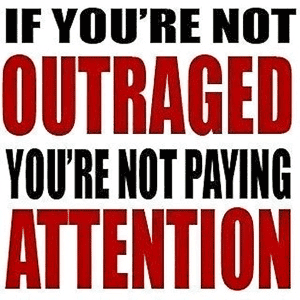 Yesterday it was reported that a woman in Moscow was parading around the street brandishing a child's head which she had apparently cut off. Reports say she was the child's nanny.

In the US Donald Trump is a serious contender for the presidency, largely because he specialises in outrageous and impractical statements, appealing to people's racism and fear of change.

Here in the UK we have a health secretary, in charge of the NHS, who once co-authored a policy document which recommended closing down the NHS, and who has lobbied on behalf of homeopathy providers. We have a government of (mostly inherited) millionaires imposing austerity on those who didn't have their head-start in life, not to mention various failed entrepreneurs, politics wonks, and PR specialists lecturing the country on hard work and building businesses.

That's even before you  reach the insanity of ISIS/Da'esh trolls - committing atrocities apparently for the attention it draws; South Sudan destroying itself in a bitter civil war over who controls any battered remains of their country that might be left; Western governments who say we must have peace in Syria, because ISIS/Da'esh must be defeated ... but only peace on their terms. And so on.

It feels like every day, every month, every year the world reaches a new low.

I recently read some wisdom from Michael Card on this topic (in an email and, sadly, I can't find his original piece online).

He makes two important points: firstly that if you look at history the world has always been prone to behaving in irrational, self-centred and destructive ways. To be fair it has also always been prone to behaving in heroic, self-denying and constructive ways too, even now. That is the great wonder and frustration of the world we live in: so much darkness and so much light. So much love and so much hate. Inhabited by those made in God's image but terribly fallen, distorted and hard to recognise.

Secondly, that God cares and has the power to make things right. The day will come when the world is recreated in justice and peace. Why does He take so long? Because he wants to carry us along with him, he wants us to be a part of that justice and peace. For that we need to be willing to change, which is a problem.

As the saying goes: "Miracles take a little longer."
Posted by BlackPhi at 15:33 No comments: