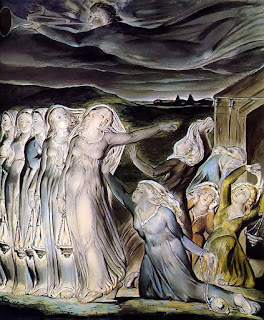 There's rather a lot about judgement in Matthew's account of Jesus' life. In part this makes sense as the people he was writing to were attempting to come to terms with the destruction of their Temple in Jerusalem and the suffering which accompanied it.

So this is introduced in a series of stories and parables highlighting the faithlessness of the religious leaders in Jesus' day and the judgement which would surely follow after they persecuted first Jesus and then his followers for so many years.

Finally, the end of chapter 23 and the bulk of 24 addresses the consequence of this, bringing together the terrible suffering during the siege of Jerusalem, the destruction of the Temple, and the hope of Jesus' eventual return into one terrible apocalyptic warning. We're bad at apocalyptic today so we tend to get lost in this passage but it most likely made sense, even brought a sense of comfort and meaning, to its early readers.

Interestingly, given the traditional  Protestant religious focus on 'Salvation by faith not works', all three parables are most immediately about actions. Equally interestingly, given the traditional religious focus on avoiding 'sin' - refraining from doing forbidden things - all three are about people's failure (or not) to do what they should have done; no-one is criticised for doing something wrong, just for failing to do something right.

In the first, ten young women are chosen to accompany a bridegroom to his wedding feast. Five of the ten are prepared and ready when he comes, so they are welcomed into the feast in places of honour. The other five were not ready when he came and they are excluded: the bridegroom says he does not know them.

In the second parable a wealthy man goes on a journey so he gives his servants portions of his immense wealth to use while he is away. This is a tremendous opportunity which two of the servants use, whilst the third buries the wealth away and tries to go on with his life. When their master returns those who used the opportunity are praised and "given charge of many things"; the servant who deliberately failed to use the opportunity, however, is sharply criticised and thrown outside "into the darkness".

The final parable has Jesus returning in glory to judge people from all the nations. When he judges he does so on the basis of how they have treated those in need around them. He says the way we have treated the neediest is the way we treat him, and he separates people on this basis into those facing eternal life and those facing punishment.

Literally the word translated 'punishment' in that final parable means 'pruning' or cutting away, so again the implication is that judgement is about separation: separating those included in God's Kingdom from those who are excluded from it.

And, in the end, inclusion means life and exclusion means death. How we live matters.
Posted by BlackPhi at 16:31 No comments:

It seems some marketing wonks at Norton have noticed the publicity around KRACK, a recently discovered vulnerability in the main wi-fi standard, and have decided to spread some FUD (fear, uncertainty and doubt) in the hope of generating a few extra sales for their VPN package.

I've been contacted by customers who have received scary emails from Norton telling them:


"All Wi-Fi connection points and devices could be vulnerable—your local coffee shop, home, or workplace connection.

KRACK can allow attackers access to important information like credit card numbers, passwords, and emails transmitted over Wi-Fi networks. This vulnerability can also allow attackers to potentially infect your devices with malware or ransomware."

Then comes the sales pitch:

Personally the last people I would trust to protect my wi-fi would be those who deliberately spread misleading information for gain, but that's a matter of personal (dis)taste.

So what is KRACK? Most wi-fi networks these days are encrypted to protect against eavesdropping, with the commonest form of encryption being something known as WPA2 (Wi-fi Protected Access 2). KRACK (Key Reinstallation Attacks) is a newly discovered way of breaking into WPA2-protected wi-fi networks. It targets the devices on the network, rather than the wi-fi as such, so changing your password doesn't help.

So far, so scary ... why am I suggesting Norton's email was more marketing FUD than engineering reality?

The way Microsoft and Apple implemented WPA2 on their PCs and laptops happens to be resistant to this particular attack, and both have released patches to fix remaining issues, so up-to-date Windows, iOS, macOS, tvOS and watchOS devices should be fine.

If you are sending credit card numbers and the like over the internet, I very much hope you are checking that the website you are sending them to uses https - every major vendor that I am aware of does. Https encrypts your details before they ever get near the wi-fi, so anyone breaking into the wi-fi would only get gobbledegook. Similarly with most passwords; and the vast majority of email providers support something similar (https, SSL or TLS) for email messages.

There are genuine concerns about smartphones. About half of smartphones being used were thought to be vulnerable when the problem was discovered (ironically, the newer ones with an Android version greater than 6.0). Apple phones should already be fixed, and Google's own phones should be updated with a fixed version of Android fairly quickly, but other manufacturers can be slow distributing updates. The comments above about https and other end-to-end encryption methods still apply though.

There are also concerns about the 'Internet of Things' - smart kettles, baby monitors used over the internet, and the like. To be honest, these have such a bad reputation for insecurity that I'm not sure KRACK makes much odds - although hopefully it will increase pressure on manufacturers to get a grip and take security seriously.

There are things that you should do as a result of this scare (under most circumstances buying a VPN service is NOT one of them):-
KRACK is mostly a major problem for high-level technical infrastructure and in corporate environments. For home users it is largely common sense and not letting the marketeers panic you.

Posted by BlackPhi at 16:14 No comments: 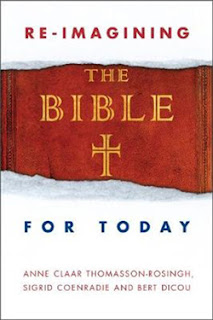 Posted by BlackPhi at 02:41 No comments: