Stand With The Others 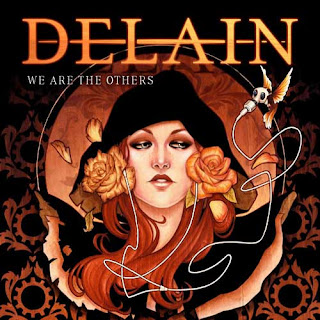 As you might have gathered from my last post, an anti-gay petition that was presented - and widely signed - at the church I attend really wound me up. This was for all sorts of reasons, but one key issue is that Christians should not - must not - take part in bullying those who are different and who are vulnerable.

In a few weeks' time we are planning to go and see Dutch symphonic rockers Delain playing in Birmingham, which I am greatly looking forward to: it should be a marvellous show. Delain's latest album is due to be released in June and is called We Are The Others - a title inspired by the death of a British girl, Sophie Lancaster:


The album's title track is an anthem for outsiders, with the lyrics being inspired by the hate crime against British girl, Sophie Lancaster in 2007. Sophie and her boyfriend were beaten comatose by a gang of youths, simply because of their goth look. She later died from her injuries (more info at http://sophielancasterfoundation.com) and the tragedy sent shock waves around the world. Charlotte states "Sophie's story hit close to home for us, being part of a subculture ourselves, but it's in no way an individual case. People are discriminated against all the time, to the point of violence, based on their cultural or ethnic background. 'We Are The Others' is our own 'outsiders anthem' for everybody who, deliberately or not, diverts from the norm. Whether by looking different, acting different, or choosing a different path in life than is expected from you."

I am writing this on Good Friday, a time when we remember the cruel death of a man who really was different, and who allowed himself to be truly vulnerable. The religious and civil authorities of his day crucified Jesus, whilst most of those who claimed to follow him were conspicuous by their absence - well, the male ones anyway. Yet God was on Jesus' side and proved it by raising him from death on the following Sunday.

Whatever institutional religious groups may say, those who genuinely want to follow Jesus need to find ways of standing with 'the others', with the bullied and scorned outsiders. The great thing about Jesus (one of the great things) was that he always dealt with people as individuals, not as labels. As Paul, the great letter-writing follower of Jesus, put it:


There is neither Jew nor Gentile, neither slave nor free, nor is there male and female, for you are all one in Christ Jesus.

It is time for the real Church, the true body of Jesus' followers, to make a stand. Stand with 'the others', stand alongside Jesus.
Posted by BlackPhi at 16:38