Us & Them On So Many Levels 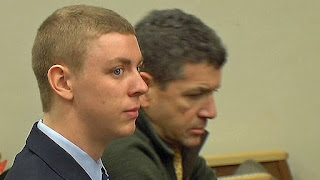 This is a picture of Stanford rapist Brock Turner: white, wealthy, privileged. When he found an unconscious women rather than helping her he began to rape her.

Some people came along and caught him so technically I suppose he is an 'attempted rapist', but he got far enough that the woman reportedly had dirt and grass inside her when they treated her in hospital.

He was sentenced to just six months in prison, reportedly reduced to four, by a judge who shared his background, and he and his family are appealing that as too harsh. His victim, once she had been treated, was articulate enough to ensure the case came to wider notice: a shocking example of 'them & us' in US society. 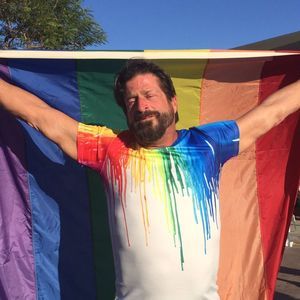 Melissa Etheridge's song, at the top of this post, was written in response to the mass murder at the Pulse nightclub in Orlando this month.

Homosexuality has been a divisive issue across the world in recent years. My question on such things is "where are the haters?" Those who spread hatred of others are not God's people; and those who would divide Christ's body are nothing to do with Jesus. 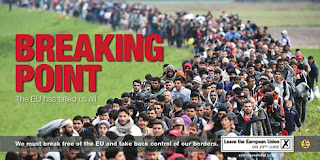 Then we come to the UK's EU referendum campaign. The picture shown was probably the low point of a generally negative campaign.

Both the Leave and Remain official campaigns focused on fear-mongering and negative propaganda. Both the official and unofficial Leave groups hammered away relentlessly at immigration and at people's fear and resentment of 'the other'.


Now the result is out and it seems the Leave campaigns worked - at least among older voters. The picture below, in many variations, is widely shared on social media by younger people angry at what they see as a betrayal of their future by those who won't have to live with the consequences. I suppose 'us & them' across generations is nothing new, but the anger is real.

I was going to put up picture of those utterly stupid politicians whose response to a crisis is to play politics and ignore the needs of the country. In many ways it was the Conservative party's internal politics, especially the ambition of Boris Johnson, which created the crisis, now Labour's MPs have decided they'd rather play leadership games than help rebuild the unity this country desperately needs to face a challenging future. The us & them of a broken political system.

In my view the most apposite comment was used as a headline by the Guardian newspaper: "If you've got money, you vote in ... if you haven't got money, you vote out." Subheading: "Brexit is about more than the EU: it’s about class, inequality, and voters feeling excluded from politics. So how do we even begin to put Britain the right way up?"

So much of the anger, so many of the divisions, arise from the deep and increasing inequalities within our society. A lot of the Remain campaign was based around fear of losing what we have got; to many that means nothing. A lot of the resentment of immigrants and minorities flows from insecurity, uncertainty, and a feeling someone must be to blame.

I'd like to come up with a nice 'Christian' solution to all this: "love one another," perhaps, "then everything will be wonderful." Meaningless! If we loved one another we wouldn't have the problems anyway. "Jesus Christ died to bring reconciliation," is at least apposite, but lacking in how and when.

At the moment my feelings are more in line with Habakkuk: how long, O Lord, is this unholy mess going to continue? When will there be justice and peace and cleansing?