Politics & The Bible I 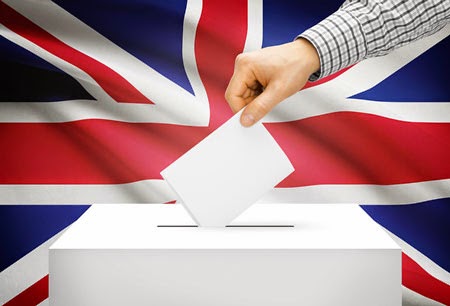 “When people say that the Bible and politics don’t mix, I ask them which Bible they are reading.” - Desmond Tutu.

I get Tutu's point but - in this run up to the 2015 UK general election - it is important to be a little more nuanced than that, I think.

In Old Testament times, in Israel and Judea, religion and politics were closely intertwined: their scripture was also their legal system (much like Sharia in some countries today), and their rulers claimed to be divinely appointed. It didn't go well, hence the prophets 'speaking truth to power' ... and being persecuted for it.

Oddly enough that doesn't stop the New Testament's writings from being heavily political. I've spoken elsewhere about the political relevance of terms like 'goods news', 'Christ', and 'son of god'; but it is also true that Paul's letters were, in places, extremely political. As a spokesperson for faith without secular power, Paul could not directly challenge the political 'hot potatoes' of the day, but he could and did challenge the underlying suppositions.

On example is that the whole of Roman and Greek society depended totally upon slavery - it would have ceased to function without it. Nothing Paul could say was going to change that. However, slavery in practice depends upon the idea that slave-owners are superior to their slaves. Paul taught that in Jesus there is no difference, that all are of equal worth: slave or free, male or female, Jew, Greek or foreigner (see for example his letter to the Galatian Church).

This remains political in today's world, nearly two thousand years later! Just think of debates about immigration in Europe and in North America, rights of women in South Asia and the Middle East, domestic and sexual slavery in Saudi Arabia, London, Thailand and many, many other places.

There is an enormous amount about politics in the Bible, but nothing - inevitably, if you think about it - about party politics.

In the 2012 London Assembly elections there were candidates standing for the 'Christian Peoples Alliance', a newish party supposedly representing a Christian viewpoint in politics. Inevitably they didn't actually represent very many individual Christian's viewpoints when it came down to it - they certainly don't represent mine - and they only gained 1.8% of the vote, getting no seats.

On the other hand, all three of the current main parties had MPs in the recently dissolved parliament who are explicitly Christians. Indeed there is an all-party parliamentary group called Christians in Parliament, who share a common faith and common belief in the Bible whilst also holding a variety of political viewpoints. They clearly believe that faith and politics not only can mix, but that they should mix. Yet they mix them in different ways. How can that be?

I'll go into the question of what the Bible says versus the policies of different political parties in the next post, but I just want to finish this one with another quote from Desmond Tutu:


“If you want to keep people subjugated, the last thing you place in their hands is a Bible. There's nothing more radical, nothing more revolutionary, nothing more subversive against injustice and oppression than the Bible.”