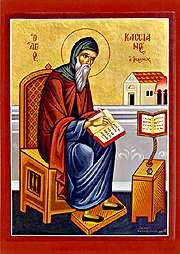 Last week several of us had a chance to meet together with a group of Romanian worshippers at a local church, and to enjoy their hospitality. This week I had an interesting chat with a local Caversham man who was commenting on the way that immigrants are driving down wages for skilled labourers, and wondering how youngsters would manage in the future.

Many of our Romanian hosts were skilled workers over here on short-term contracts, concerned about their families and the lack of stability which goes with that lifestyle. I could sympathise with that having been a 'forces kid', moving every three years during my childhood; although I do think that there is a huge benefit to travel. Some years ago I had a next-door neighbour in her late seventies who had never been further than Tilehurst, just the other side of Reading, and only went there once because it was too strange! Their worshipping community (they don't have their own church building) has been steadily growing over the years, as more Romanians have moved over here to work.

A problem in Caversham seems to be that people are coming over from the poorer parts of Eastern Europe (such as Romania) who are skilled labourers, have no market for their skills in their home country, come to Caversham where there is work, but offer silly rates for jobs just to get some of that work (I was told some are quoting £60-£70 per day for skilled building work, which isn't sustainable).

In spite of some of the scummier parts of our press, I see no sign of Eastern Europeans coming over as 'benefit tourists'. Employment rates are generally not too bad around Reading, so I don't think there's any real problem with recent immigrants picking off the baseline, minimum wage jobs, shutting out unskilled locals.

As a small business myself, though, I can see the point about unfair, unsustainable competition; although I would point out that there is probably a lot more unfair competition to small businesses coming from multi-nationals who don't pay either fair wages or fair taxes (Amazon and Starbucks spring to mind).

What to do? I would start by saying these are all good people: Romanians and local. There is no place for language and attitudes which dehumanise or degrade fellow human beings. Some of the British press fails dismally there, and one or two of our political parties are irresponsible in the way they manipulate this issue. I would also point out that there are a lot of British skilled workers working overseas, in Europe and beyond, on both short and long term contracts - it's a two-way street.

That said, what can be done? It seems to me that this is a problem which is real but not sustainable. Family accommodation around here is ludicrously expensive - owned or rented - so no-one can continue charging uneconomic prices for long. Essentially it looks to me like a classic 'market entry': you start with low prices to build a clientèle then put them up to realistic levels as you become established.

The problem really is a lack of stability. The EU has grown too fast in recent years; it needs to take time to digest what it has already got before growing any more. The various restrictions on movement after some of the Eastern European countries joined merely had the effect of drawing out the pain. We need to give society, and businesses, time to settle down.

So my suggestions would be to block EU expansion, encourage free movement within the EU (to stop the build up of suppressed demand), put effort into enforcing payment of taxes and fair wages by large businesses and small, locals and foreign workers (not necessarily a popular move with local small businesses, but important to level the playing field), and unblock the building of the houses needed for the unmet demand (thereby both growing the demand for skilled labour and moving housing costs to a more manageable level).

I don't see any party in tomorrow's election whose policies (such as they are) come even close to these. I will vote tomorrow because voting is important, but I - like many others - despair at the lack of real choice in UK elections so far this century.
Posted by BlackPhi at 12:56