How Fast Were The Magi? 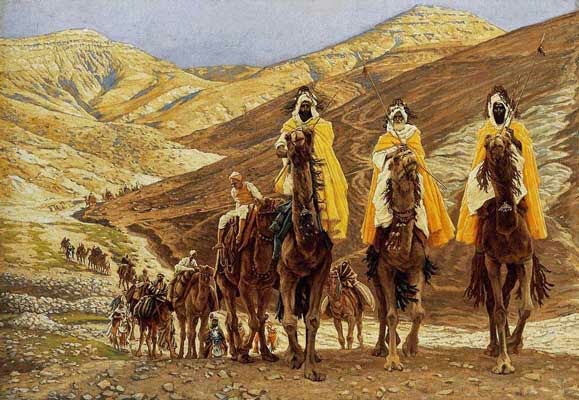 I heard a preacher recently cross-examining children. Among other things, she asked them how old Jesus was when the magi came with their gifts. One young girl - eightish at a guess - suggested, hesitantly, that he could have been about one, to which the preacher replied that she was wrong. Jesus, the preacher reckoned, must have been far older because it would have taken the magi a long, long time to travel all that distance.

Three learning points - at least - from this. Firstly, don't ask questions where you don't know the answer yourself, unless you are properly prepared to listen. Secondly, children actually know a surprising amount, so don't discount what they say. Thirdly, double check your own assumptions. Fourthly - a bonus point - giving children the third degree is not the same as being interactive, and bluntly telling them that their answer is just wrong is poor teaching (not to mention that you risk making yourself look plain ignorant).

So, how old was Jesus when the wise men came? The Bible story, told in Matthew's Gospel, doesn't directly say, but it does tell us that Herod checked when the wise men first saw the star then sent his soldiers to kill all the children in the area under the age of two. So he certainly thought Jesus was not a babe in arms but no more than two years old. So 'about one' is a pretty fair estimate.

What about the distance the magi had to travel? Well, from modern Tehran in Persia to Bethlehem is around a thousand miles. The magi almost certainly would have come from west of there, so 1,000 miles is the maximum likely distance (Baghdad would have been about 550 miles). The Bible doesn't mention camels - it doesn't even mention how many 'wise men' there were - but if they were important people they would have been mounted on something, and camels are as likely as anything else.

On decent terrain - they would have been using ancient trade routes - a camel can comfortably travel 25 miles a day, for day after day. The humans involved may not have been so hardy, so a conservative estimate would be a hundred miles a week. That makes ten weeks maximum for the journey. On foot, people might travel at around half that speed, say fifty miles a week: a maximum of twenty weeks for the journey.

Long distance travel in the ancient world was not that unusual - there was a major trade route between China and the Mediterranean - and really not that slow.

So: ask questions, listen to answers, check assumptions, and always respect kids. That'll do for this post.
Posted by BlackPhi at 21:53