Justice And Peace Together 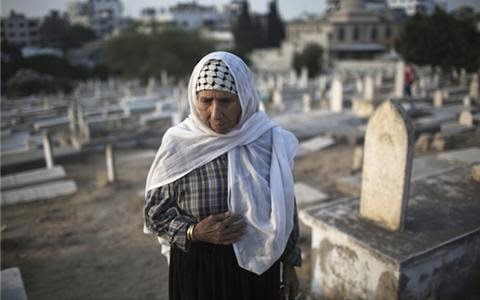 I added a comment to a recent post yesterday, which I want to expand on a little. It seems to me that there is a really difficult tension between Jesus' call to "love your enemies" and "do good to those who hate you" on the one hand, and God's call to "act justly" and "love mercy" on the other, or even Paul's call to "stand firm against the schemes of the evil one".
On one occasion Jesus was confronted with a bullying synagogue leader:


On a Sabbath Jesus was teaching in one of the synagogues, and a woman was there who had been crippled by a spirit for eighteen years. She was bent over and could not straighten up at all. When Jesus saw her, he called her forward and said to her, “Woman, you are set free from your infirmity.” Then he put his hands on her, and immediately she straightened up and praised God.Indignant because Jesus had healed on the Sabbath, the synagogue leader said to the people, “There are six days for work. So come and be healed on those days, not on the Sabbath.”The Lord answered him, “You hypocrites! Doesn't each of you on the Sabbath untie your ox or donkey from the stall and lead it out to give it water? Then should not this woman, a daughter of Abraham, whom Satan has kept bound for eighteen long years, be set free on the Sabbath day from what bound her?”When he said this, all his opponents were humiliated, but the people were delighted with all the wonderful things he was doing.

Jesus unambiguously stood up for the bullied woman and against the religious leaders. He did so publicly and vehemently: "You hypocrites!" So the deference to leadership and the 'niceness' taught by many churches (especially by their leaderships, oddly) is clearly unfaithful to Jesus' example and to the clear teaching of the Bible.

Church leaders are there to serve the people who make up the local church, and that local church is there to serve Jesus in their local community. Many churches, of all sorts of traditions, seem to get this backwards. It is essential for the proper functioning of a church that its leadership is fully, and publicly, accountable to Jesus through its congregation. This means that keeping things secret from the congregation is anathema, and that confidentiality must be seen as being a part of good communication, not opposed to it.

With hindsight I wonder if Caversham Baptist Church could have avoided a lot of pain, or at least made sure it had some purpose, by coming together behind such principles. Other churches in Caversham have had similar problems, one at least as severe. The trouble is that local churches don't seem to be that good at coming together with purpose; possibly because of a lack of clear vision and direction. If you are all busy working to a clear, agreed and common goal, then a lot of the nonsense can be left behind.

Which brings me to Israel and Gaza. If everybody there passively stopped the shelling and the missiles and the shooting, the result would be neither justice nor peace. Gaza would still be under siege, there would still be Palestinians rotting without trial in Israeli jails, and both sides would continue living in fear and hatred of the other.

Not that the killing and wanton destruction is in any way helpful, but stopping them without changing the situation just stores up more killing and more hatred for the future. A ceasefire is good if and only if it is also an opportunity to seek justice and resolution.

There are peacemakers in Israel and Palestine: Christians, Muslims and Jews who come together to learn about one another and to explore ways to live peacefully together.

If enough of the haters become sickened by their hatred, and by the legacy they are passing on to their children, then maybe there could be a foundation for spreading peace and trust, bit by bit. It happened in Northern Ireland and South Africa - haters are still there but the momentum has passed from them to those who would make peace. This creates windows of opportunity to find just solutions to the causes of conflict, and to negotiate the inevitable bumps in the road.

When people stand together to do what is right, for justice and peace, then often they need to take the first steps, to show that progress is possible. That requires showing love for enemies and doing good to opponents. This works best, in my view, if they place their primary trust in God, through Jesus, rather than in politicians and other human leaders.

So much hatred is based on fear and fear-mongering; Jesus died and rose again to show that we can overcome fear, and focus on life and love. May churches, families and nations do so, and may the energy and resources put into creating conflict be turned to building peace, justice and a better world for all.
Posted by BlackPhi at 18:10