What's So Special About Galatians? 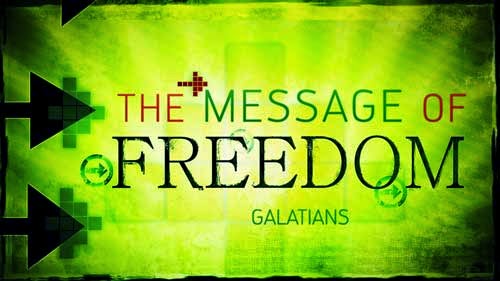 Paul's letter/epistle to the Galatians, that is, from the New Testament.

This is an exciting time for Bible geeks, such as myself, as new finds from Bible times reveal new insights into Jesus' world; the world in which most of the New Testament documents were written.

A quarter century or so back, when I really started getting into this sort of thing, the scholarly consensus about Bible writings was based on the views of 20th-century theologians, building on the work of 19th-century writers, responding to 18th-century thinkers, developing the ideas of the Reformation and Counter-Reformation from the 16th- and 17th-centuries, and so on.

It was all very clever, but such a long way away from the simplicity of, say, Mark's Gospel, and it left Galatians itself appearing confusingly inconsistent with the timeline of Acts and the rest of Paul's letters.

Now the translation of high-profile documents like the Dead Sea scrolls and the Nag Hammadi library, along with vast numbers of lesser-known smaller finds - individually less-important but cumulatively highly illuminating - have changed all that. They allow us a more direct view of what was going on in and around Judea, to help us understand Jesus' words, as well as in the world of the North-Eastern Mediterranean, which Paul wrote into.

In particular, as far as our understanding of Galatians is concerned, we know more about the southward expansion of the Roman client kingdom of Galatia (which became the Roman province of Galatia in 25 BC) to incorporate Antioch and the planned Via Sebaste (completed in 6 BC), along which Paul travelled on his first missionary journey.

This links Paul's letter to the Galatians to this first missionary journey (around 46-48 AD). Its subject matter - passionately arguing that God's grace supersedes the Jewish Law for non-Jewish Christians - makes it a part of the controversy which led to the Council of Jerusalem (around 49/50 AD). This pins the date of the letter to around 48/49 AD, some 3 years earlier than Paul's next letter, to the Thessalonians around 52 AD.


- It is the earliest written New Testament document;

- It is a pivot between the Old and New Testaments;

- It sketches out what it means to be a church, a community united by God's Spirit;

- It is the background and foundation for understanding Paul's later writings.

In theory the Protestant Reformation, back in the 16th century, marked a rediscovery of Paul's message (particularly from Romans) that following Jesus is about God's grace, received through faith, not about following rules. In practice it mostly just changed the rules, particularly once Calvin got involved.

Galatians is about freedom. Maybe, just maybe, a focus on its simpler, more Spirit-focussed, message could lead to a new reformation in our churches: one actually about God's love and grace rather than power politics. You never know ... it's certainly about time.