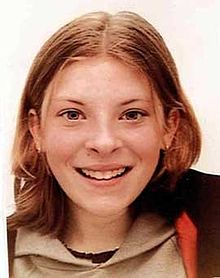 Finally, the trickle of allegations about the involvement of News Corporation's paper The News Of The World in illegal phone hacking has become a flood. It has also moved beyond invasion of celebrities' privacy into allegations of tampering with evidence in cases of missing or murdered children.

Furthermore the timeframe of these activities has moved back from the time of Andy Coulson's editorship - Andy Coulson was subsequently hired by Prime Minister David Cameron as communications director - to the time when Rebekah Wade was News Of The World editor. Rebekah Brooks, as she is now known, is not only chief executive of News Corporation's British operations, but she is also in charge of their internal investigation into these affairs. So now she is investigating herself.

For several years it has been clear that News Corp. papers were involved in illegal activity, but they always denied that it went beyond their royal affairs reporter, and a private investigator, who had already been caught, and the Metropolitan Police refused to investigate further. Then, late last year, following reports in The Guardian and The New York Times, celebrities began taking out private prosecutions and subpoena-ing information. Suddenly News Corp. 'discovered' a limited stash of information concerning 'irregularities' which they handed over, and Rebekah Brooks/Wade took on the job of holding an internal investigation into what News Corp. has done.

I'm sure it's only because I'm a deeply cynical man that I expect her main role is more to do with covering up what can be covered up and delaying what can be delayed. Somehow I strongly suspect that she won't be revealing anything soon about what she, as editor in 2002, knew about the activities of those she was responsible for hiring. It is worth noting, as an indication of her interest in revealing the truth, that when she repeatedly failed to appear before a parliamentary committee last year, its members backed down from forcing her to testify because of fears that she would use News Corporation papers to have their private lives investigated.

Now it turns out the the News Of The World not only hacked (allegedly, as they say) into the mobile phone of missing teenager Milly Dowler, back in March 2002, but even deleted messages stored there. Milly Dowler was a thirteen-year-old schoolgirl who was abducted and murdered on her way home from school, on 21st March 2002. Her body wasn't found until September 2002, six months later. In the meantime her parents had their hopes raised because her phone messages had been accessed and changed; ironically they even gave an interview to the News Of The World about this. Today, further allegations are flooding out about people working for News Corp. hacking into phones in other high profile cases, such as the murdered Soham schoolgirls, Holly Wells and Jessica Chapman, and the July 7th London bombings.

Worryingly, it seems that this information was in the hands of the Metropolitan Police back in 2006 when they decided not to continue investigations. The obvious conclusion is that strong political pressure was applied. Now that we have a Prime Minister with close personnal ties with News Corp, I don't suppose that political pressure will go away. It is only public outcry and private prosecutions which will keep things moving. Except that, with 40% of the British print media, plus Sky, controlled by News Corp, and with the BBC vulnerable these days to political pressure from the government, I can't help feeling there will be some other big 'spoiler' story coming along in the near future.
Posted by BlackPhi at 10:53