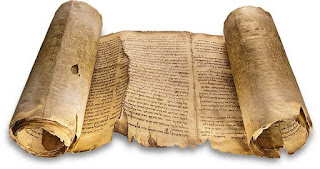 This post is mostly a shout-out to Dark0ne over on Nexus for some rescue work he is doing, but underlying that is a serious concern about social history.

As regular readers will be aware I am currently working through sermon notes, amongst other things, for a preaching series taking a fresh look at St. Paul's New Testament letter to the Galatian churches. Our understanding of 1st-Century writings, especially the New Testament, has been transformed by discoveries over the past half-century or so of ancient documents showing what life was like in those times. The Dead Sea Scrolls are a well-known example, of course, but there have been many more documents found, less well-known but still giving important insights.

Meanwhile archivists are struggling to read records saved - 'permanently' - to various forms of tape and optical disk archive just a few decades ago.

An important part of late-twentieth and, especially, early twenty-first century social interraction on the Internet has been various forms of modding communities. Modding is where users of computer games create their own additional material: sometimes just fixes for problems that the original game creators considered too minor (or hard) to fix; sometimes minor changes to the appearance of in-game entities; occasionally even significant amounts of extra content, such as new areas or new quests. A lot of this modding was done (is still done, if it comes to that) for free, as a way of sharing enjoyment and as a way of gaining appreciation and reputation. Around these game changes grew discussion groups for commenting on them, seeking guidance about how to solve technical problems, and just general chit-chat.

From a social history point of view this sort of thing is invaluable as a record of how the Internet, including its various forms of 'social media', developed. But's it's also important material for economists and others as there is often no money involved, yet modders spend ludicrous amounts of time and effort creating their work, which they then share openly. I've shared a couple of short quest/story mods myself, for Dragon Age - the work involved for even small mods was stunning; I can't even begin to imagine what some of the largest mods would have taken. Inevitably there will be other reasons in future for wanting a record of such things that we can't even imagine at present.

So I consider it wonderful that Nexus, and Dark0ne in particular, are transferring mods, including their attached information, from the once-massive but now closed modding site FileFront across to the Nexus network itself.


"Back in the middle of 2015, FileFront.com quietly shut the doors to its various gaming hub sites (which were much like Nexus sites for game mods back in their hayday in the early to mid 2000s). Over the past few years File Front was extremely out-dated, slow or outright broken in many areas, lacking some TLC that it needed despite still having an active contingent of core users who still frequented their forums. ...

As a result, we’ve been working to save as many files from the File Front sites as possible and finding the best method to port them into our Nexus system. As File Front sites were largely like Nexus sites are now in terms of structure, we felt that focusing on the File Front files side of things would be in everyone’s best interest. The focus wasn’t just on not losing the files, but on saving the category structure, screenshots, file descriptions and author information that is actually what made the original File Front sites usable and easier to navigate for the games they supported. ...

We don’t expect these sites to be popular or demanding on our servers, but I couldn’t sit and idly watch tens of thousands of mods for games I grew up with be lost to the internet forever."