Is There A Biblical Definition Of Marriage? 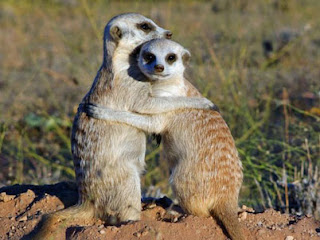 The short answer is, no there's not. And anyone who tells you there is probably hasn't bothered to read and think about the Bible for themselves.

There is, of course, a longer answer which is rather more nuanced, but first let's dispose of the commonly quoted reference to Genesis chapters 1 and 2, right at the beginning of the Bible, mentioned by Jesus in chapter 19 of Matthew's account of the Gospel.


So God created mankind in his own image, in the image of God he created them; male and female he created them. ... Therefore a man leaves his father and his mother and clings to his wife, and they become one flesh.

The '...' in the middle of that quote covers a lot of ground, including: "The Lord God said, 'It is not good that the man should be alone; I will make him a helper as his partner.' So the point of the story in Genesis is that a man and his wife are partners, working together, to the extent that they can be called 'one flesh'. No direct mention of 'marriage' let alone a definition thereof.

If the relationship described corresponds to marriage then it is clear that in the Bible the 'one flesh' description does not just apply to one man plus one woman.

Consider the case of Jacob, Leah and Rachel in Genesis chapter 29. Jacob is conned into marrying Laban's eldest daughter Leah, when he loves (and was promised) Rachel. So he works for Laban for another seven years, then marries Rachel too. One man plus one woman ... plus another woman. The Bible still describes it as marriage. Hence 'one man plus one woman' may be a common pattern for marriage but it is not the only configuration in the Bible.

Jesus does apply the 'one flesh' idea to marriage and divorce, concluding: "So they are no longer two, but one flesh. Therefore what God has joined together, let no one separate." But, importantly, he says nothing to indicate that 'one man plus one woman' is in any way a Scriptural definition of marriage. Just that 'one flesh' is intended to be for life (although even that might be broken due to 'hardness of heart', according to Jewish Law).

It's worth highlighting that Jesus explicitly said that he did not come to change anything in the Jewish Law (Genesis through Deuteronomy in our Bibles), but rather to fulfil it. So you cannot claim that Genesis 1 and 2 are okay but chapter 29 is somehow nullified by Jesus. Either all apply or none.

Paul also references the 'one flesh' passage from Genesis, in chapter 6 of his first letter to the church at Corinth:


Shall I then take the members of Christ and unite them with a prostitute? Never! Do you not know that he who unites himself with a prostitute is one with her in body? For it is said, “The two will become one flesh.”

So Paul takes the Genesis reading as also covering prostitution, not just marriage. Is prostitution only ever one man and one woman? Hardly! In Paul's day, as now, there were prostitutes available for any permutation of men and women that could be imagined. All would appear to be covered by Paul's horror at uniting Jesus' body (ie members of the local church) with prostitutes (quite likely temple prostitutes, in Corinth) as 'one flesh'.

So a definition of 'Biblical marriage' as exclusively one man and one woman simply does not exist in the Bible. There are other patterns described as marriage in the Bible and there are other applications of the 'one flesh' description which are definitely not marriage.

However, there are Biblical patterns for how marriage is meant to be if you look for them, focussing on the type and quality of relationship.

The first is mentioned above: that marriage corresponds to a strong partnership of two people working together in God's world. The 'two' in that statement has all the weaknesses mentioned above, but probably works well enough if it is treated as normative: the usual pattern. Sticking with normative it is reasonable to add that marriage generally involves some form of sexual relationship, based on the way Paul applies the 'one flesh' image.

The second part of the pattern is given by Paul in his letter to the church at Ephesus: "Be subject to one another out of reverence for Christ." Marriage is about serving one another, not being self-centred but other-centred. Paul uses the 'one flesh' reference in this passage too, applying it to Jesus and the church.

So the Biblical pattern for marriage is about partnership and service: serving God together and serving one another. Simples!