What Does St Paul Say About Christmas? 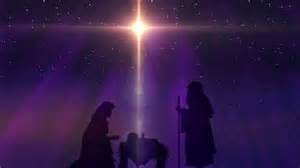 At first sight, nothing. You won't find 'Christmas' or 'Nativity' anywhere in Paul's writings.

But what Paul does write about is the difference that Jesus' life, death and resurrection make, and the incarnation of God into human form is an important part of that. For example, in his letter to the community of Jesus' followers at Philippi he writes:


You must have the same attitude that Christ Jesus had. Though he was God, he did not think of equality with God as something to cling to. Instead, he gave up his divine privileges; he took the humble position of a slave and was born as a human being. When he appeared in human form, he humbled himself in obedience to God and died a criminal’s death on a cross.

Rowan Williams has recently written a super little book, Meeting God In Paul, in which he distils out the three key ideas which flow through Paul's writings; ideas which made Paul so radical and disturbing to the religious authorities of his day, but which inspired those seeking a better way to be God's people.

The first is about a social and cultural world of 'outsiders' and 'insiders' - just look at a few Daily Mail front pages to see how that continues to this day.

Jesus was born in a backwater of the Roman Empire, there was no room for him so he was laid into a manger, his mother's husband was not his biological father, and while he was still tiny his family had to flee to Egypt as refugees. Jesus was an outsider from birth, so maybe it's not surprising that, in his ministry, he welcomed outsiders and got really quite nasty with those who would reject them.

Which brings us to Williams' second big theme in Paul: welcome for all. Whatever your social standing or ethnic/cultural background, whatever your 'moral status' in the eyes of society, however important or unimportant you may be in the world, in Christ Jesus you are a child of God.

At Jesus birth all sorts of unlikely people were invited and welcomed: from the poorest shepherds to wealthy foreign magi.

In the Church of England at present, working out the implications of this for its own internal practices is causing considerable grief. Nevertheless, a vital part of the Christmas message is that all are welcome to come and join in the celebrations, whatever their background or religious standing.

For Williams all of this is tied together in Paul's third thread: that of a new creation, present now and coming at the culmination of the age. One reason for Jesus' radical inclusion and welcome is that anyone who becomes part of the body of his followers, through baptism and through receiving God's Spirit, becomes a new creation.

There are lots of questions raised by that last sentence, but the basic point, I think, is that all things will be made new when Jesus returns, but this renewal process has already begun in Jesus' followers. It's a reasonably clear parallel to Jesus' references to the Kingdom of God, which also have the 'in the future but breaking through now' element to them.

And that process of new creation all began when the 'Son of God' - the one through whom the entire universe of space and time was made - somehow became localised within that universe, a tiny baby born to a young woman named Mary and laid in a manger.

New hope for a world in trouble, new light in a world where unusual and unexpected beauty can sometimes be found in the most unexpected places.

I hope you are having a joyful Christmas season; and wherever there are times of darkness may the baby Jesus, so tiny in his manger, drive back that darkness, bringing peace, hope and the light of God's love.
Posted by BlackPhi at 15:16