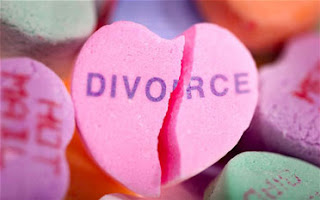 The Roman Catholic Church starts its three week synod on the family today, which is expected to look at, among other things, the way their church treats remarried divorcees.


Then some Pharisees came, and to test him they asked, “Is it lawful for a man to divorce his wife?” He answered them, “What did Moses command you?”  They said, “Moses permitted a man to write a certificate of dismissal and to divorce her.”  But Jesus said to them, “He wrote this commandment for you because of your hard hearts.  But from the beginning of creation he made them male and female.  For this reason a man will leave his father and mother, and the two will become one flesh. So they are no longer two, but one flesh.  Therefore what God has joined together, let no one separate.”
In the house once again, the disciples asked him about this. So he told them, “Whoever divorces his wife and marries another commits adultery against her. And if she divorces her husband and marries another, she commits adultery.”

It looks such a simple passage, yet beneath the surface so much is going on.

The story represents three different viewpoints; the three key concepts have very different meanings today from 2,000 years ago; few people today are familiar enough with the Old Testament to get the underlying issue; and religious institutions persistently reverse the approach taken by Jesus.

I had a stab at this passage a few months ago, Are Wives Like Cars, so I'll try to avoid repeating too much from that, and start with the underlying issue. Jesus tried to point the Pharisees back to this when he asked what Moses had commanded, but they miss the point ... as do we, probably. I'll quote the full passage from Deuteronomy, rather than the Pharisees' gloss on it:


If a man marries a woman and she does not please him because he has found something offensive in her, then he may draw up a divorce document, give it to her, and evict her from his house. When she has left him she may go and become someone else’s wife. If the second husband rejects her and then divorces her, gives her the papers, and evicts her from his house, or if the second husband who married her dies, her first husband who divorced her is not permitted to remarry her after she has become ritually impure, for that is offensive to the Lord.

Turn the first sentence around and the point becomes more obvious: before a man can throw his wife out of his house he must give her a certificate saying she is free to remarry. At that time a lone woman, by and large, had no access to any means of making a living other than begging or prostitution. So a wife thrown out by her husband would be destitute. This law is about compassion in the face of hard-heartedness: the woman needed to have a husband in those days, so if her first husband throws her out she must be allowed to become someone else's wife; even if she ends up a low-status second or third wife that is still better than destitution.

Marriage in those days was pretty much a contract of ownership: a wife belonged to her husband (see the tenth commandment). That's why a man could have multiple wives but a woman belonged to just one husband.

So the Pharisees see this passage as allowing a man to get rid of his wife, at least under certain circumstances. Their 'test' question is really about what those circumstances are, and what we now call 'churchmanship': where does Jesus lie on the liberal/conservative spectrum - the sort of thing that seems to matter so much to religious people. 'Liberals' reckoned that a husband could get rid of his wife for any reason he liked, such as overcooking his dinner, whereas 'conservatives' were more inclined to focus on the production of legitimate children, so the wife could only be put away for adultery or, probably, infertility. Either way treats women as 'things', as possessions, and Jesus is having none of it.

When the Pharisees don't get his point about certificates of divorce and compassion, he takes them back to first principles. Marriage was not designed to be about ownership, with the wife as a disposable possession, but about lifelong partnership: two people working together in the world God made. Divorce was allowed not to encourage hardness of heart, but to give a compassionate response to the fallenness of this world.

Mark appears to gloss what Jesus said later to his disciples - to make it more relevant in Rome - by talking about women divorcing men, which couldn't happen in Judaism (it still can't in Orthodox Judaism). But his basic point is clear: marriage is meant to be lifelong, and both parties have their part to play in making that work. Marriage is a lifelong contract and remarriage therefore breaks that contract: the essential meaning of 'adultery' in this context is 'contract-breaking'. Once the remarriage is complete, though, that first contract is over and a second lifelong contract takes its place. The remarriage is real and must be honoured.

So we come to religious institutions. Jesus is teaching about compassion and justice, religious people respond with judgement and exclusion. Church of England treatment of divorcees who want to remarry is pretty shabby, to be blunt; but the current Roman Catholic approach to remarried divorcees is simply unChristian. I hope over the next few weeks the Church of Rome's approach will become more humane; the CofE is already changing ... although ever so slowly.

Bottom line: to break up a marriage is wrong (but note that this may happen long before the actual divorce) but we live in a fallen world. When someone remarries after a divorce that new relationship is now a valid marriage and should be respected and supported by all ... especially by the couple's local church.
Posted by BlackPhi at 18:11