Be Proud To Be Humble 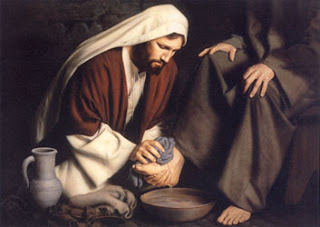 Humility and humiliation are pretty much opposites, even though they sound so similar.

As are self-respect and arrogance. Pride, confusingly, can cover both of the latter, so one needs to be careful when talking about it.

One of the traumas of the Thatcherite eighties came about because her government destroyed much of the, traditionally male, industrial sector of the British economy, replacing it with service jobs, many of them taken by women. So whole swathes of British society, where the men had taken pride in their role as breadwinners, were turned upside-down, and many of the men felt deeply humiliated.

I used to know (slightly) a female rower. She was physically stronger than any of the men around, yet some of them still spoke about men and women having different roles in life, because "women are the weaker sex".

Back in the day I was, I reckoned, a pretty good team leader at work. I was lucky enough to have some good people in my teams, who went on to become team leaders themselves. My aim and hope was that they would be at least as good as me, in their own ways, preferably better. That's part of how I saw the team leader's role, and I took pride in it - pride in seeing my pupils become greater than their teacher, if you want a slightly up-ended Biblical reference.

These days I take a certain amount of pride in having a decent working knowledge of the Bible, especially in terms of its contexts and how it fits together. A while back I went to a quiet day led by David Winter and was struck by how much greater his knowledge was. I was humbled, even slightly envious perhaps, but not humiliated. Why would I be? One encouragement was that maybe there is some purpose in the otherwise unpleasant process of getting older after all (David Winter must be well into his eighties, I reckon).

One final example: long ago, when my wife and I were young, we both used to play our guitar for young people's groups and for a monthly evening service. I worked very hard indeed on developing some basic competence on the guitar - I am not by any means a natural musician - whilst my wife was held back by a certain lack of confidence, in spite of being naturally far more musical . Over the years her guitar playing inevitably far outstripped mine, and she regularly uses it to lead worship. I take pride in feeling that I was part of the process of her developing her talent.

Marriage has enough challenges and pitfalls, it seems to me, without getting hung up over who is best at what, and which are men's and women's 'natural' roles.

Marriage is about partnership: if one is better at child-rearing and the other at paid work that is a blessing, whichever way around these skills fall (which has relevance, incidentally, to the arguments about gay marriage). If the skills are more ambiguous then it is necessary to work together to find the best way forward. But no-one should be humiliated by the role they find themselves in - challenged and stretched maybe, but never demeaned.

I'm not sure this ramble has quite gone the way I intended when I started ... that sometimes happens when I take physical rambles too, especially if I try a 'short cut'. But I think the picture at the top highlights something of what I wanted to say.

It is not really the tasks and roles we carry out which are humiliating; it is our attitude to them. If we take pride in our work and in our lives; if we recognise in ourselves that we are God's dearly beloved children, for all our perceived flaws; if we look at others and see past the stereotypes to the individuals, each with their own unique combination of giftings; if we live as followers of Jesus, who humbled himself to save us ... then we can learn to be truly humble without being humilated.

It is our arrogance, really, which ends up humiliating us. If we avoid hubris and prejudice, and truly value our neighbours as ourselves, then it is good to be proud to be humble.
Posted by BlackPhi at 12:30