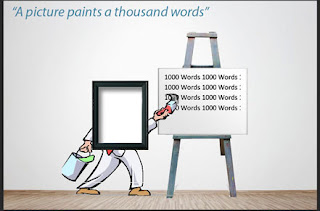 About a month ago I did a post - A Quiet Life - looking at a couple of comments I had received about church services, and commenting on the second of them. It's well nigh time to look at the other one:


"Our Sunday service should be for everyone in the local community; but really it's for people like us."

To some extent 'people like us' could be seen in terms of standard things like age, race or class - and at St John's age in particular is a big factor. But I think there is another another sense of the term which has relevance to churches well beyond St John's, or even Caversham.

John Pritchard, in his book Beginning Again, makes the point that people have very different personal styles, which include different natural approaches to prayer and worship. Some have a very verbal, unemotional style: for them relating to God through words given in a controlled, formalised setting brings most satisfaction. Others need to be more emotional to fully engage, to express their hearts and to relate to God through feelings and desires. Then there are those who express themselves naturally in action and movement, those whose natural worship involves creativity and wonder, and so on.

I suggest that the vast majority of churches in the Reading area, and probably across the country, focus very tightly on the verbal and unemotional. Even those churches who sing modern "I love Jesus and he loves me" style choruses are, I would say, really only providing ersatz, prepackaged imitations of true emotion. Those who are used to such can use them, of course, to express something real, as can those who are used to formal prayers and liturgies. But that is really for the 'people like us' who are attracted enough to stick around in the first place.

Where is the space in our regular patterns of church worship for artists? Or for lively dancers? For prophets and healers to give God's blessing in the Spirit's time not ours?

It seems to me that the vast majority of church services in the UK are based around the idea that most worshippers sit passively to be talked to (at?) by one or more leaders, sit or stand to say words chosen by those same leaders or by some overarching organisation, and stand to sing songs chosen by one or more other leaders. Little corporate church worship is truly participative, or active, or truly engaging. Much, probably most, collective worship in UK churches is for consumers not for active members.

Inevitably most people who go to such services do so because they like it that way, more or less. Arguments and pressures are about details, about small variations in delivery ('happy-clappy' songs or 'dirgelike' hymns), and about ways of rearranging the deck-chairs ... well, furniture anyway. So most services remain for 'people like us'.

I write blog posts, so it is fairly obvious that I like working with words (along with the odd picture). I enjoy sitting and listening to a good sermon, although there are few preachers skilled enough to work without some form of visual input, I think. I generally prefer a style which is cool and thoughtful to one which is emotive and loud.

So, when it comes to 'people like us', I count as one of 'us'. But I value immensely different viewpoints and different styles, and I don't understand how anyone can function without a sense of wonder and an appreciation of creativity - even if it is other people's creativity.

Diversity is a vital part of human communities (indeed in non-human ones too), and part of the richness of the fullness of life Jesus offers lies in its range and inclusion of difference.

Having a restrictive church style is all very well and good for those who like it, but if we want to engage properly with the majority whose styles are different we need a rethink.

God cares deeply for all those around who are 'not like us' - we are called to do the same.