Fifty-Six Weeks In The Year 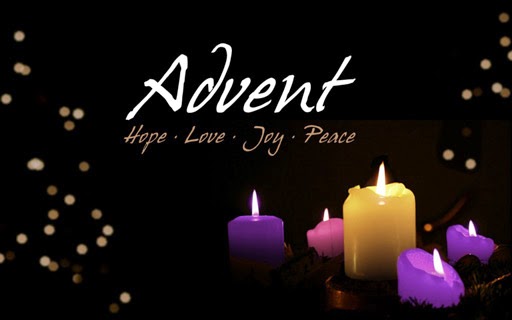 In a church year, that is. Kind of.

The official church year begins at the end of November, with Advent: the season of preparation for the coming of Jesus. That makes reasonable sense: Jesus is the centre of the Christian faith, and we have a big celebration of his birth on December 25th, so a four-week (actually four-Sunday) time of preparation and anticipation takes you to a starting point of (this year) November 30th.

The run up to Christmas is typically terribly busy, often stressfully so, and then Christmas itself can be fraught with family hassles, or lonely with the lack of family hassles. All of this can help us to connect with that very first Christmas. Joseph and Mary trying to cope with a new marriage, with Mary's first baby on the way, and with the knowledge that family and neighbours are all very aware that the baby is expected a lot less than nine months after the marriage, probably also aware that it is not Joseph's. Imagine the small-town attitudes responding to that.

Then the Romans throw a spanner in the works by making everybody travel back to their family town: all the way south to Bethlehem in Mary and Joseph's case. As if they haven't got enough to cope with. Then when they get to Bethlehem - their family town - their family don't want them: nobody has room for a young pregnant girl, about to give birth. Family problems and loneliness in a single hurtful package.

If Advent is the beginning of the church year, when is the end? People will often say it is the week before Advent: the feast of Christ the King (in those churches which have this sort of church year, of course). Except that, after celebrating Christ's Kingship, you then need to prepare for his coming back, as king, to rule here on earth, to put things right and to reign in justice and power. We do that at Advent too.

So Advent is also a time to consider and prepare for Jesus' return. and a time to think about death and resurrection, judgement and restoration. The details of when and how this will happen are deliberately vague in the Bible - which doesn't stop sects, nutters, obsessives and successful American authors from fantasising about it - but we do get told the result. People will be raised to life and renewed, God and Jesus will come to live on earth, and the earth will also be cleansed and renewed.

Somewhere in the detail left vague and ambiguous in the Bible is 'hell': the fundamental question of what happens to those who aren't raised to life and renewed. My take is that we eventually face a fundamental choice: do we want to be a part of this renewal or do we not? Why anyone would choose to face the 'second death' rather than allow God to renew them I don't know, but I guess a part of respecting someone's humanity is to give them that genuine option.

So you end up with two seasons of Advent overlapping: one at the beginning of the church year and one at the end. Advent is just under four weeks long (depending which day Christmas Eve falls upon) so that makes a tad under fifty-six weeks in one church year. QED.
Posted by BlackPhi at 23:06