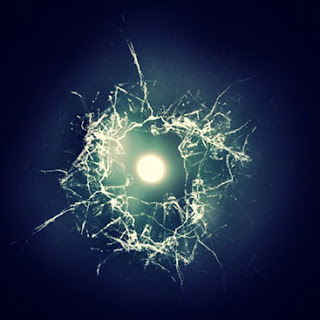 "The time is fulfilled, and the kingdom of God has come near; repent, and believe in the good news."

The halfway point in our CTM Parish sermon series on Mark seems an appropriate point to focus on what we have learnt so far about 'good news', about the Gospel which Jesus' followers are supposed to live out and to proclaim.

Only once in Mark, right at the beginning of Jesus' ministry, does Jesus explicitly say what the good news is, in that strangely circular statement above.

After that Mark applies the principle of "Show, don't tell".

Then as now, Jesus' brief proclamation was filled with loaded terms. People thought they understood them, so Jesus had to show that God was doing way more then they could imagine.

I suggest the following as a starting point: for 'Kingdom of God' read 'God's people' (therefore part of God's future of justice, peace and security); for 'repent' read 'turn to God'; and for 'believe' read 'trust'. There's more to all these terms, as you can see as you engage with Mark's Gospel, but these should set you off on the right track.

Reading the first half of Mark's Gospel, as we have been doing, makes it clear that membership of God's people (ie entry to God's Kingdom) is open to all, especially those who have long believed themselves to be excluded. Yet many, who believe themselves already safely included, exclude themselves by their attitude to Jesus and to those whom they would keep out.

Open to all, but you still have to turn to God through Jesus and trust him enough step out in faith. Turn and step: what does that look like?

For his first disciples it was dramatic: they dropped everything and followed Jesus, leaving behind the security of home and livelihood.

For the paralysed man it started with friends who trusted Jesus, but it ended with him picking up his bed and carrying it out, in front of everybody.

For Jairus, the synagogue leader, it meant putting aside his status as an important community leader and going out to ask Jesus for help, then holding on to hope and trust in Jesus when everyone around said it was over, his daughter was dead.

For the already-humbled woman with a haemorrhage it meant risking public shame, or worse, by going quietly up to Jesus and touching him, then stepping up and publicly admitting that she had done so.

For the twelve it meant going out, in pairs, without supplies, to neighbouring towns and villages, to tell them to turn to God, and to heal their sick.

For the apostles surrounded by hungry people it meant taking what little was available and using it to achieve more than seemed possible.

For the disciples who still missed the point (again and again) it meant carrying on following Jesus, even when they just didn't understand.

Many of the scribes and Pharisees thought they didn't need to change, didn't need to turn or step anywhere; maybe they had done that long ago and felt no need to do so again. My experience is that turning and stepping is a lifelong process. For many of us there was an important first time - for others there was not - but still we drift and wander as we walk, and we forget to trust, or take God's love for granted, and so we need to turn and step again. That's what many religious people struggle to grasp.

I've presented this as a list because I want you to be able to see Mark's examples and to consider whether any of them are applicable to you. Because Mark was telling these stories for his readers' benefit: he wanted them to turn and step out in faith again, especially those who were worn down and losing hope.

Mark wanted them, and us, to see that we can always turn to God through Jesus, and step out in trust in the way that is best suited to our need. Because God loves us and wants us in his Kingdom, to be his people, and to know the comfort of his Spirit.

Finally, this halfway point is not the end of what Mark has to show us concerning the good news of Jesus. In the second half of his Gospel the good news becomes more situational: focussing on good news in bad circumstances, rather than good news for supposedly bad people. But that is for the next few weeks.

For today, my prayer for you is that you will see and feel God's love for you, and that you will turn to Him and step out in trust to more fully receive and grow in that love.
Posted by BlackPhi at 16:36