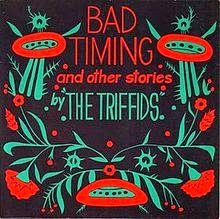 So, was my last post, Unfortunate Timing I, just a moan about a difficult weekend? Whilst I reserve the right to moan and rant on my own blog, in this case no, it was always intended to be a lead-in to thoughts about, well, difficult weekends, or rather difficult times in general. It was also a bit of a review of a live show (most of it, grrr!), and the two themes didn't really work in the same post - hence parts I and II.

Who was to blame for the rough weekend? It is hardly reasonable to blame the family I helped move: they were at the mercy of their landlords and moving house always takes longer (and is more stressful) than you expect. Myself, for overbooking? Not really, my original schedule over the last few weeks was fairly busy, but not unreasonably so - one really can't duck out on life 'just in case' something else turns up and blows my CFS. The RAC route planner mistake didn't help, but that's why I normally look at both map and directions so I understand where we are going before we start ... in this case I had no time and BlackLin couldn't get the map to print. Maybe it's easiest to just blame God: he has broad shoulders.

Why blame anyone? By and large I don't trust the blame game and try to avoid it: sometimes bad stuff happens, that's life. But there's an inconsistency there: if we had made it on time, in spite of the tightness of the timing, I'd have said a quick "thank you" to God. Gratitude is a good thing. So surely it's only fair to respond to it all going wrong with a sarcastic "thanks a bunch"? Especially since I had been helping someone out. 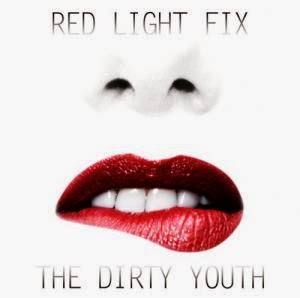 But then, we did get all the furniture and stuff moved successfully, in the end. And we did safely get from Reading to Brighton and back, through some very heavy traffic, without accident or breakdown. Although we missed most of The Dirty Youth's set, the other two did get to do their fangirl bit and had posters signed by the band. One reason I try to avoid that blame game is that there's always more involved than my initial focus, and in the heat of indignation it is easy to get priorities topsy-turvy.

Anyway, I don't actually believe that every single thing that happens to us is because God made it happen ... not in that simplistic a way. I believe that we live in a world which was made beautiful but has become flawed, damaged so that things no longer work as they should. One day it will be fixed, but in the meantime good things should never be taken for granted and when things go wrong, that's the way it is. It's always worth considering if there are lessons to be learned, of course, but we have no entitlement to an easy ride, sometimes garbage will happen and we just need to pick ourselves up and get on with it.

Just perhaps God occasionally tilts things a bit in our favour, when it doesn't mess some other situation up, so it is still always good to be thankful, I reckon.

There is a balance, it seems to me, between being fatalistic, not even trying to make the world a better place, and taking everything too personally, obsessing about every little problem. An elderly rabbi once said, talking about far more serious issues, that the Jews have never believed that God will save them from going through difficult times, but have never stopped believing that He will always bring them through to the other side. That, for him, is a central part of what it means to be God's people.