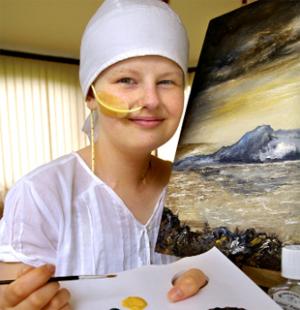 It comes from hackers collective Lulzsec, after they emailed the UK National Health Service to let them know that various NHS admin passwords were known to them. As they put it, according to The Register:

We're a somewhat known band of pirate-ninjas that go by LulzSec.
Some time ago, we were traversing the Internets for signs of enemy fleets.
While you aren't considered an enemy - your work is of course brilliant - we did stumble upon several of your admin passwords, which are as follows....
We mean you no harm and only want to help you fix your tech issues. Also, we hope that little girls feast on the bones of many giving souls. All the best.
Lulz Security

Lulz are one of the groups busily embarrassing Sony by exposing the poor security of their websites (or, to put it another way, by hacking into Sony websites and taking copies of confidential data).

Now it seems they are revealing a more caring side: encouraging people to become bone marrow donors, presumably inspired by the story of Alice Pyne.
Posted by BlackPhi at 15:44