Is There Meaning In Growing Older? 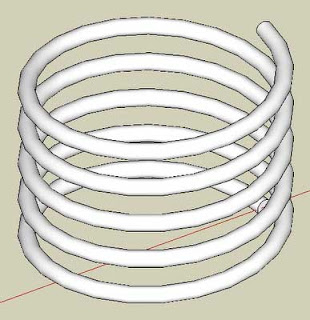 I had an interesting non-discussion last night about whether there was any spiritual meaning to ageing. We spend the first part of our lives becoming steadily stronger and more powerful: physically, socially and mentally; then the rest of our life getting weaker and less capable. It's been said before that we start off as newborn babies, weak, helpless and dependent, and end up - if we live long enough - back where we started. So I wondered if this is all there is to it. There seems to be shape, but is there meaning?

The group I was with - a wide age-range of people - didn't catch this idea at all. Probably I explained it badly, particularly since I don't really know where I am going with the thought. But then clarifying and building on a thought is often a benefit of discussing things with a group.

One way of looking at ageing is as a circle: we grow and become independent, likely even having others dependent upon us; then we carry on and become dependent again. But maybe life's not so much a circle as a helix. From an end-on perspective it may look as though we end up back where we started, but from the side it can be seen that the overall progress is upward.

Maybe. Whatever the truth, it just seems to me that as I go past yet another birthday on the wrong side of fifty, and as sight, hearing, hair and fitness continue to fade away, God must have some purpose in doing things this way. After all, He can hardly be doing it for a laugh: old age really isn't that funny.
Posted by BlackPhi at 16:24