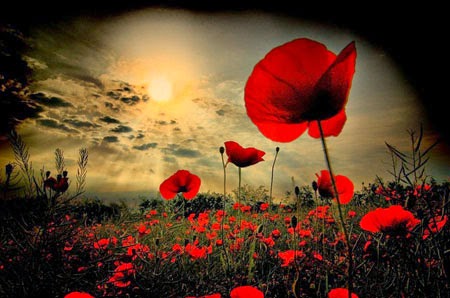 We are heading toward the centenary of the beginning of the First World War, a particular lowlight in a century marked by war and massacre.

Looking back at the violence of the 20th century, it strikes me how much of it was characterised by a toxic mix of nationalism and ideology, and how little it had to do with religion.

The First World War was fairly unambiguously nationalist and imperialist in origin, whilst the second seems to have been triggered by a more complex brew. On the one hand there was German national feeling, battered after WW1 and bearing grudges over the post-war loss of Germanic territories; on the other there was fear of communism, fear and hatred for 'the other' - particularly, but not exclusively, 'The Jew' - then there was a striving for discipline and order, represented by a powerful fascist ideology, and a bizarre mix of Aryan and Wagnerian mythologies.

Meanwhile, in the Far East, causes seem to have been more simply about nationalism and access to resources (traditionally the other main driver of imperialism).

In between these 'world wars' you had the Bolshevik takeover in Russia, with its ideological civil war followed by mass famine as their policy of Prodrazvyorstka destroyed the battered agricultural system; then under Stalin the famines and purges continued as ideology and tyranny ran their course.

After the Second World War, the Cold War marked the continuation of ideological and imperial conflict, much of it through proxy wars in Korea and Vietnam. Meanwhile the Maoist revolution in China followed the path of Russia's revolution through civil war, mass famine and extensive purges.

I am only aware of two major outbreaks of violence during the century where religion was one of the main causes, both in the late '40s: the Partition of India in 1947 and the founding of Israel in 1948. Both of these events had violent repercussions which continue to this day, and both had a strong religious element. Both also had a strong ethnic and nationalist element: religion and nationalism can be just as toxic a compound as ideology and nationalism, it seems.

There is a list of 20th-century battles on Wikipedia, which gives an idea of the continuous level of conflict during that troubled century.

Granted that my knowledge of 20th-century history is not exhaustive, I do still find it strange that the 'new atheists' - the likes of Richard Dawkins - continue to link war with religion. With a couple of exceptions, here was a whole century of essentially non-religious violence, much of it explicitly atheist.

Why war? Because people are prejudiced; often they are ignorant and demonise 'others'; they are all too ready to follow leaders who tell them they are right and others are wrong; and because, by and large, people prefer to function as part of a local ethnic/racial community, rather than as part of worldwide humanity.

Most religions attempt to work to a bigger picture, which could be immensely helpful in enabling people to live together in peace. Sadly, all religions are composed of fallible, flawed people, as are all ideological groupings. We could just wait for God to fix it, or we could try to work with God and spread peace and justice in our own small ways, wherever we are, and whoever we are with. It's our choice.

Postscript: There is an interesting post on a similar theme over on the BeThinking blog.