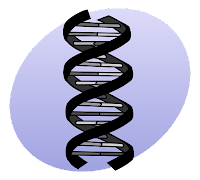 So you run and you run to catch up with the sun but it's sinking
Racing around to come up behind you again.
The sun is the same in a relative way but you're older,
Shorter of breath and one day closer to death.
Pink Floyd
Time

That was Pink Floyd's cheerful take on life nearly forty years ago, in 1973. Slightly less than two and a half millenia earlier, a sage calling himself Qoheleth wrote:


What do people gain from all their labours at which they toil under the sun?
Generations come and generations go, but the earth remains forever.

The sun rises and the sun sets, and hurries back to where it rises.
The wind blows to the south and turns to the north;
round and round it goes, ever returning on its course.
All streams flow into the sea, yet the sea is never full.
To the place the streams come from, there they return again.

All things are wearisome, more than one can say.
The eye never has enough of seeing, nor the ear its fill of hearing.

What has been will be again, what has been done will be done again;
there is nothing new under the sun.

More recently (last week) Addie Zierman wrote about the repetitive nature of "this mothering business", on her How to Talk Evangelical blog:

The kids are so little and dependent, and this season of life spreads before me, vast in its sameness. Let’s count the pennies, the socks, the grapes on your plate. One, three…no, we forgot two!…Two, one, three…

It’s No, we don’t hit your brother and Do you need to go potty? a hundred thousand times a day. It’s the only four foods he’ll eat, rotating in tiny, identical circles. It’s the same clothes cycling again and again through the wash, put away in the same place.

Addie Zierman,
When You Can't See It Change


It seems to me that time is like one of those tight-wound helical springs, or maybe a very long spiral staircase, going round and round and each loop looks just the same, but actually you have moved imperceptibly upward, closer to the destination. Or you can imagine (somewhat anthropomorphically) the mechanism in a newly fertilised egg: "round and around I go, base pair to base pair, loop after loop, creating endless proteins, gene after gene, chromosome after chromosome, on and on it goes." But at the end of it all, hopefully, there is the miracle of a new baby, with its own routines and its own cycles.

I'm of an age for mid-life crises, for wondering why I'm here, what has it all been about, what on earth is the point of it all? And would I understand the point, even if I could see it?

The thing is, sometimes things change because of one person making a big decision, but most times it is many, many small decisions, made by many people, each decision seemingly unimportant. Especially when that decision is to not do something, to not stand up for what is right, or to not help someone you see in need. Those are the decisions which can really make a difference, and they happen most often buried in the midst of those routines of everyday life.

Del Amitri
Nothing Ever Happens