I posted this on Blog City back in March 2010, but the BBC have just caught up with an article on the subject, so clearly the scam is still active:-

"Internet users are being warned about cold callers who offer to fix viruses but then install software to steal personal information. Campaign group Get Safe Online said a quarter of people it had questioned had received such calls, many suspected to have been from organised crime gangs. Some gangs, employing up to 400 people, are known to set up their own call centres to target people en masse." 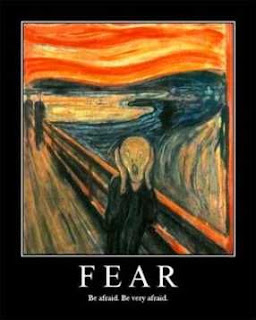 The original post:
I had a scary phone call this morning, from a lady with a heavy Indian accent telling me that I was infected with Internet viruses and trojans and that Microsoft had asked them to contact me to sort it out. She claimed to be from a company called TechIsOnline. After a bit of discussion she passed me onto a supervisor who got me to look in my Event Log for warnings and errors. There were some (there nearly always are) so he told me about 'polymorphic viruses' which my antivirus program can't spot. Then he got me to look in the Windows prefetch folder (a standard bit of Windows) and told me these were viruses (they aren't), and he got me to type in 'inf corrupted system files' - this would normally do a search returning lots of files (as it happens I have that sort of search turned off), which presumably he would also have told me were viruses. Eventually he realised I was a computer techie and the phone mysteriously cut off. It was obvious by then that they were trying to talk me into giving them my credit card details and installing a program from them onto my PC (or possibly the other way round).

All in all it was quite a scary spiel, and I can well see how normally sensible people might get sucked in.
There is a good write-up on the scam at http://www.digitaltoast.co.uk/supportonclick-systemrecure-scam -  - which suggests there is an upsurge in these calls:-


Since I first reported on this on Jan 18th 2009, this one page has had over 24,000 views and 261 comments, and recently there's been a huge surge in the amount of calls received. I'm getting two or 3 people leaving comments every day now, and over the last week, the page views have surged to close to 400 PER DAY and easily accounts for the most viewed page on my blog by far.
Which suggests that Comantra or Supportonclick or Logmein123 or whoever they are calling themselves this week, are increasing their activity.

The scary language used is very similar to a pop-up you get on some websites trying to bounce you into installing a 'virus checker' which tells you falsely that you are infected then wants to charge you $50 to 'remove' the infections (ie stop falsely reporting them).This is apparently a massively lucrative scam - not only do they get the $50, they also get all your credit card details plus they get to install anything they like on your PC (currently this is commonly some form of password stealing program). Given this online success I suppose it's no surprise someone is trying the same scam over the telephone.

This seems to be a worldwide scam - there are many reports from the US on the web, as well as the UK and further afield - so wherever you are, take care. This is one of those cons where, if you thought about it you wouldn't dream of giving credit card details and/or access to your PC to someone who rings out of the blue, but under the pressure of a scary spiel people do ... and then wonder afterwards, when it is too late.
Posted by BlackPhi at 11:17